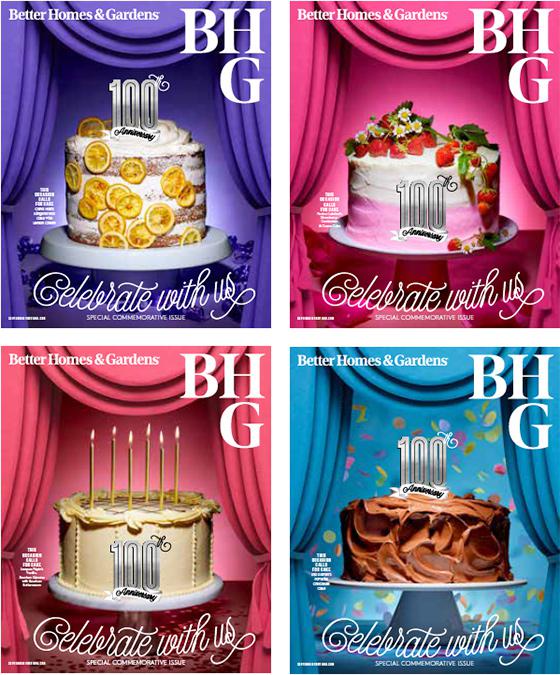 These cakes were photographed  and featured in a split run, with subscribers receiving one of the four.

The issue contains a retrospective history, but also looks ahead with the BHG 100 list—of 100 people, products and ideas for the 21st century.

The brand now reaches a monthly audience of over 43 million across print, digital and social.