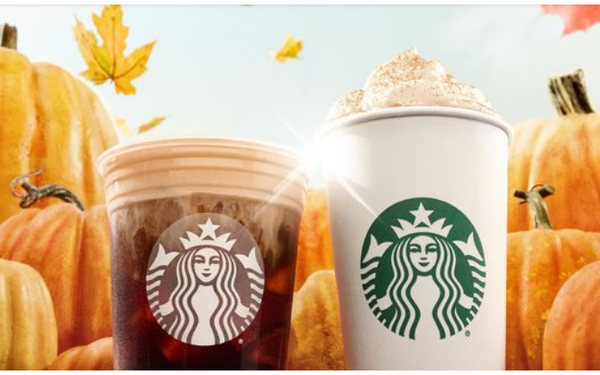 According to the calendar, it’s still summer for another three weeks, but Starbucks is wasting no time in rolling out fall favorites Pumpkin Spice Latte and a new beverage, the Apple Crisp Oatmilk Macchiato.

The Pumpkin Spice Latte (PSL) returns on Aug. 30 at a somewhat higher price. A grande-sized PSL will go for $5.45 to $5.95, depending on the location. That’s a roughly 4% increase compared with 2021. That comes after CEO Kevin Johnson revealed in an analysts’ call in January that there were more price hikes coming in 2022.

According to at least one blog that carefully tracked this info, Starbucks raised prices by $.30 to $.50 per item compared to 2021.

Starbucks developed the PSL, its most popular seasonal beverage, in fall 2003. The drink is a mix of cinnamon, nutmeg, clove, steamed milk, espresso and topped with whipped cream and pumpkin pie spice. 2015, Starbucks changed the recipe to include pumpkin and remove artificial colors.

The newest launch, the Apple Crisp Oatmilk Macchiato, is described as “layered flavors of apple, cinnamon, oats, and brown sugar combine in harmony with Starbucks Blonde Espresso, creamy oat milk, and spiced apple drizzle to create a delicious apple crisp you can sip.” It is available in iced, hot or blended varieties.

The launch comes as sales of oat milk rose 50% in the past year, surpassing $527 million, according to data agency SPINS. IRI also reported that refrigerated oat milk sales rose 55.3% from last year for a total of $443 million.