Teens And Media: A Conversation 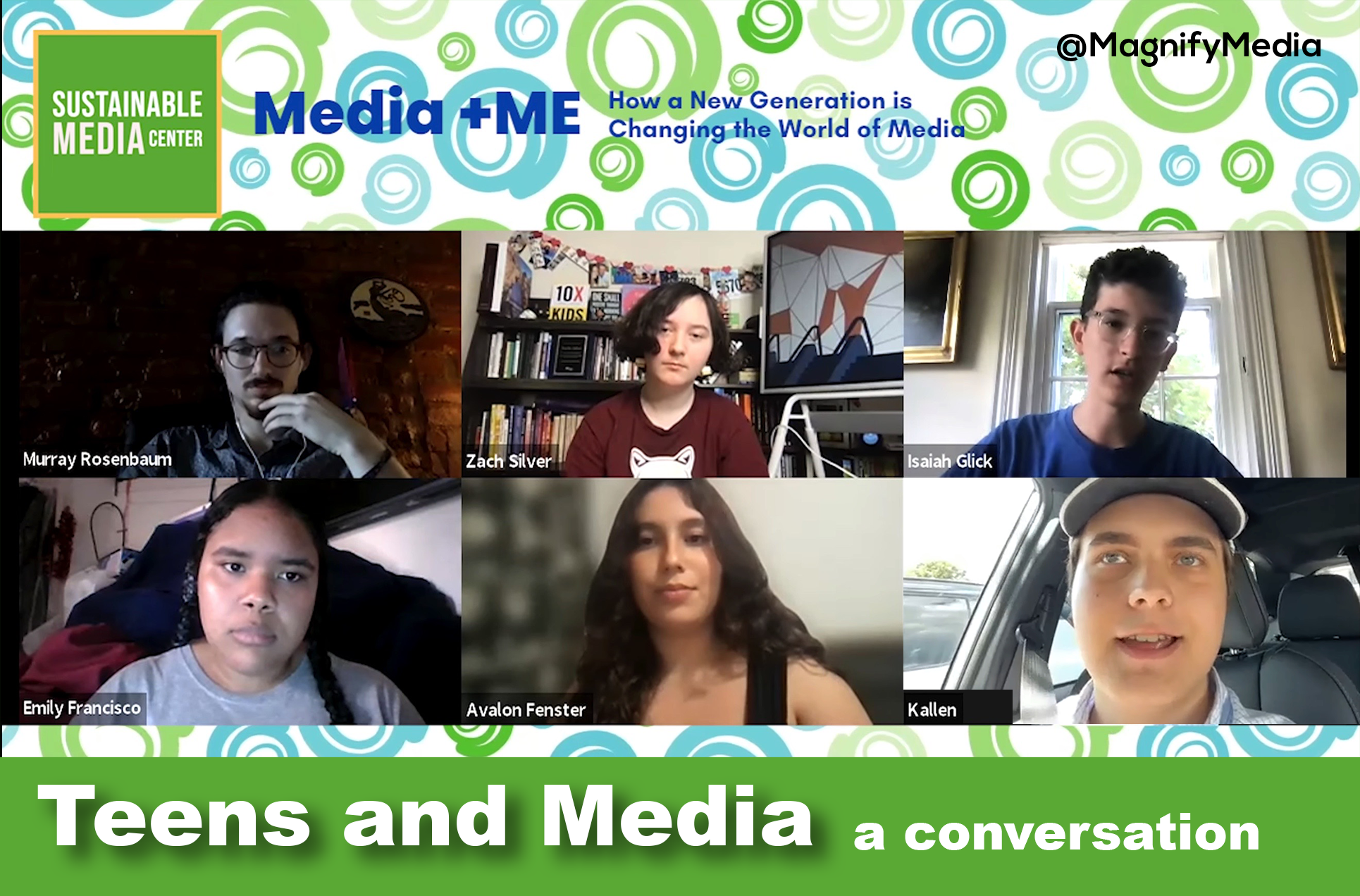 Sometimes the best thing you can do as a journalist is to eavesdrop: find a place where you can sit quietly in the corner and just listen. So that’s what we did. We invited seven young people to have a conversation about media, and then -- with their permission -- we recorded what they had to say.

“When you guys hear the word media, what do you think of? Like, what are the first three things that you think of?” Avalon Fenster, 20, a junior at Barnard, posed this question to the group.

“Everything on the internet  -- like social media and information news,” said Zach Silver, a 15-year-old homeschooled student.

“I'd say probably, like movies, TV--  that's definitely a category I think news, and then obviously, social media, which is itself a whole wall of content,” said Isaiah Glick, who is 15 and goes to school in Brooklyn.

Murray Rosenbaum, who is 24 and a second-year middle-school teacher, said “Yeah, I guess that ages me because I just think like news, TV, and movies.”

Sophie Fink, a junior at the University of Texas / Austin, said she  looks at print as a historic artifact. “Print media obviously has a very long history. And social media is very new.”

Quickly the conversation turns to TikTok. Everyone on the call is a TikToker. Avalon has a channel helping students find internships, while Kallen has a popular TikTok channel about film, TV and gaming. Murray uses it to stay in touch with what his students are seeing. And Zach sees it as entertainment.

One thing becomes clear: Everyone in the conversation understands that TikTok is both entertaining and dangerous.

“I kind of try to remain as positive as possible,” said Kallen. On his side of TikTok, where he covers “movies and stuff like that, there's a lot of really toxic people,” he notes. Still, “I'm kind of known as a positive guy. And regardless of your political affiliation, I'll still be friends with you, as long as you're not, like, a terrible human being.”

Murray agreed: “We're seeing more and more the way that you interact with the space, and the energy you bring, does have a cascading effect. It really is a rock being dropped into a pond and creating that ripple.”

But media and TikTok can be complicated. “The media is a double-edged sword because it can bring awareness to mental health issues and uplift people,” said Emily Francisco, a 17-year-old student at Belmont preparatory High School.  “But it can also glorify eating disorders and things that are negative. And I just find that kind of weird.”

“TikTok has given a lot of agency to individuals to have a really big, quickly growing platform for the first time,” said Avalon. “People can very quickly put an opinion out there. It can be an opinion that's based on absolutely nothing [other] than the way that the wind is blowing for them in that particular moment of time, and it can be amplified.”

Here’s what I learned from this hour-long conversation. TikTok is at the center of where media matters to GenZ. It’s not without its risks, its hate speech, its dangers. But it’s also a platform for empowerment, and that makes it the center of how GenZ consumes and creates media.

Thinking back to when I was that age, I can’t think of any medium that reached me that had the power to amplify my ideas or attack my sense of self or well-being. These are most certainly the changes in media’s relationships with the world around it.

Platforms have great power and great responsibility. How that is managed is the question of our time.

You can watch the entire conversation, “Teens and Media,”  here.