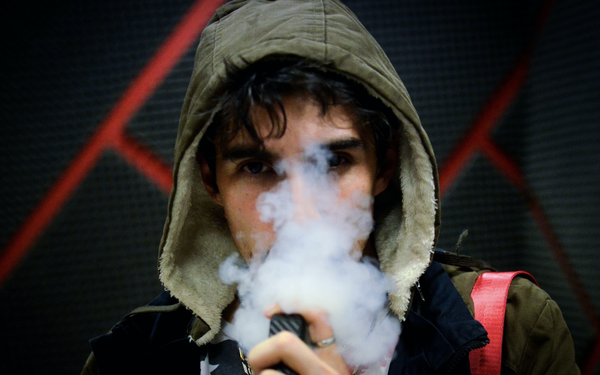 The federal government has decided to get tough on a small number of e-cigarette sellers that failed to file Premarket Tobacco Product Applications (PMTA) with the U.S. Food and Drug Administration.

On Tuesday, the U.S. Department of Justice—on behalf of the FDA—said it filed complaints in federal court for permanent injunctions against six companies the DOJ claims “illegally manufacture, sell and distribute their products.”

What makes the government’s move noteworthy is that as of Sept. 9, the FDA had issued nearly 300 warning letters to vape firms ordering them to stop marketing their products  -- but had not previously sought injunctions.

According to the FDA, those firms had not filed PMTA applications -- and “a majority” of the companies complied with the warning letters by removing their products from the market.

The FDA said it had previously issued warnings to all six companies.

The term PMTA can seem misleading because it applies to vape products that were already on the market before the FDA was given the authority to regulate them.

The purpose of requiring PMTAs is to ensure that devices like e-cigarettes, or vapes, are a safer alternative than cigarettes but do not introduce a new generation to possible nicotine dependence.

Initially, PMTA’s were to have been filed by November of 2018 but that deadline got pushed to September of 2020 even as e-cigarettes flooded the market.

As previously reported, vape pioneer Juul Labs Inc. filed PMTAs with the FDA only to have them summarily rejected in June—a decision that subsequently was frozen in court while the FDA conducts another review of Juul’s applications.

The FDA is undergoing a review of its own by the nonprofit Reagan-Udall Foundation for both its regulation of e-cigarettes and infant formulas in the walkup to this year’s infant-formula shortages.