The Sounds Of Spielberg 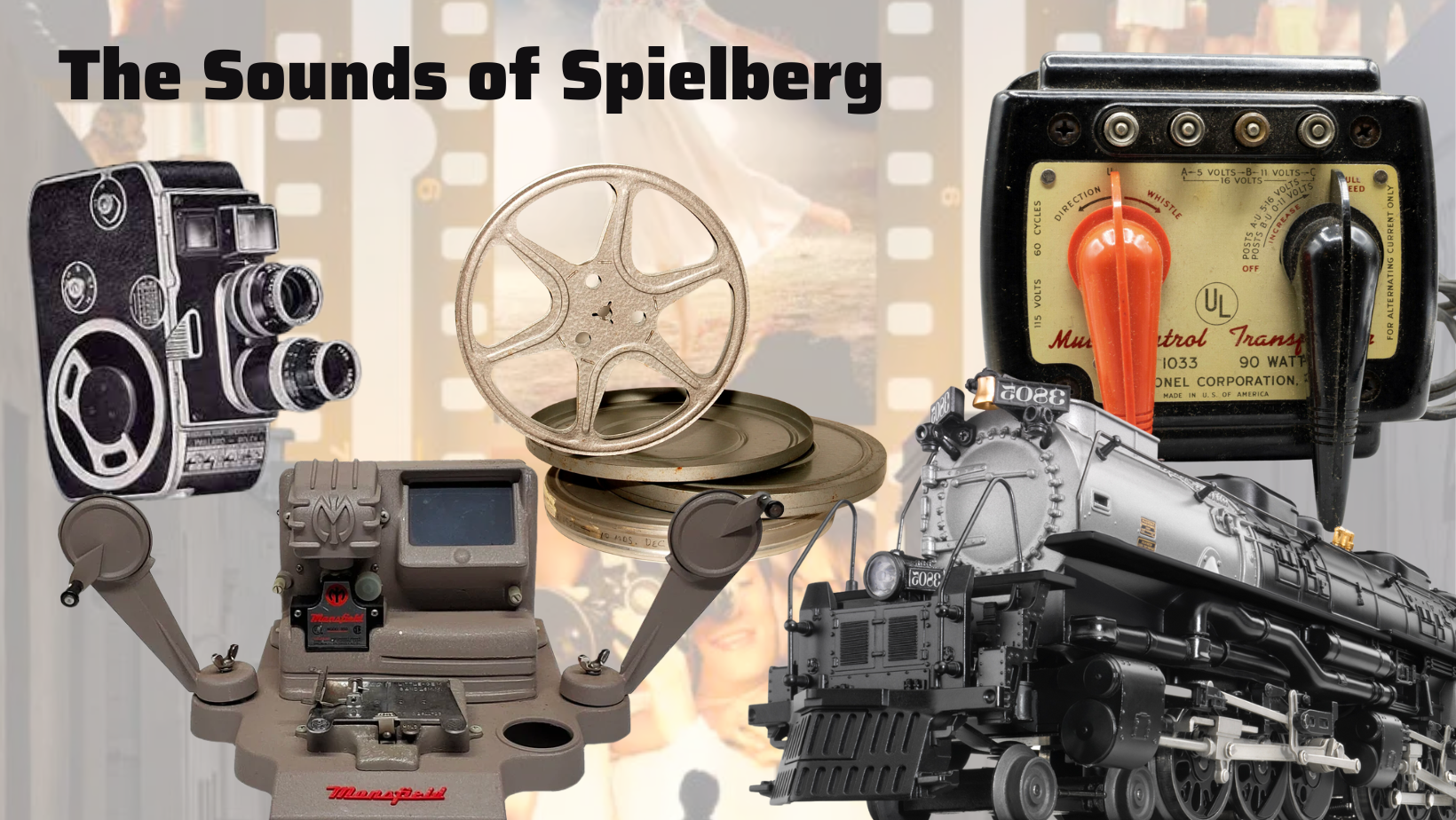 As I watched Steven Spielberg’s autobiographical new movie, “The Fabelmans,” I found myself thinking about what it's like to be a high school student today, as opposed to the 1960s when young Sammy’s (the Spielberg character)  story was told. Of course, lots of things are different -- some better, some worse. But the thing that caught me was the sounds of his childhood, sounds that I suspect aren't part of the world of today's teens.

Here are the sounds that young Fabelman’s story brought back to me:

As a child playing with them, it was also about power: turning the red-handled controller to the left, and feeling the power light up the headlamp as the Lionel engine sprang to life. It was a simple pleasure, and one that Spielberg captured with nostalgic precision.

There were other sounds and objects that had the same power.

The 8-millimeter film-making gear had an unforgettable immediacy for me. Sammy was editing on a splicing block just like the one I had. The scratching, the cutting, the gluing -- each action I remember. It’s a tactile process now lost as digital files replaces film stock. The care needed to cut, scrape, and glue had a permanence that made film editing a series of decisions. The film I shot had no backup copies, and so every decision needed to be made with care and certainty.

Spielberg’s autobiographical story had early parallels to my teen film-making career. My film “The Ride” was an 8mm chronicle of a daily ride on a school bus in Topsham, Maine. After advice from an adult mentor -- who suggested I use as few words as possible -- I renamed the film “Ride."

When young Sammy is taught about the power of the horizon line during a brief visit with cigar-chomping director John Ford, I thought about interactions with adults that are forever etched in my brain. Do young people today have an opportunity to interact with adults in that way, acting as gruff, rough-edged tutors? I think probably not.

“Ride” went on the win the Maine Student Film festival, and that recognition was a building block on a career in film and television.

Spielberg’s other memories echoed. Adults were complicated, school was boring, changing schools was like arriving on another planet -- and girls were puzzling.

The film's evocation of Spielberg's experience with antisemitism takes audiences into the very real fears he had as a child, and now has as an adult. In the film, Sammy arrives at a new school in California, towered over by blond, blue-eyed Christians who confront him on day one. “You’re Jewish aren’t you? You killed Christ,” they say. Quickly they rename him “Bagelman.”

Spielberg isn’t coy about the film's autobiographical aspect of the film So did kids call him “bagel” in high school? No, but as he explained it in The New York Times,  “Friends would always call me by my last name. So, the sound of Jewishness always rang in my ear when my friends would call across the hallway, ‘Hey Spielberg,’ and I was very self-conscious about that.”

It is perhaps most urgent that he calls into question the casual antisemitism he experienced, and his ability to use his movie-making skills as a shield. “I was basically weaponizing my social life with a camera to curry favor with these athletic, popular kids who eventually all wanted to be in my movies,” he told the Times. Today, do young Jewish boys and girls have the same opportunity? Probably not.

He added, "Antisemitism is only coming back because it’s being encouraged to come back. There has been an invitation to a toxic dance based on antisemitism being part of an ideology of separation and racism and Islamophobia and xenophobia."

And so, the Lionel trains and the 8-millimeter films are more than objects from the past. They are a gentle but purposeful message for the future.