Media Reports Amplify NYC Crime -- But Are They True? 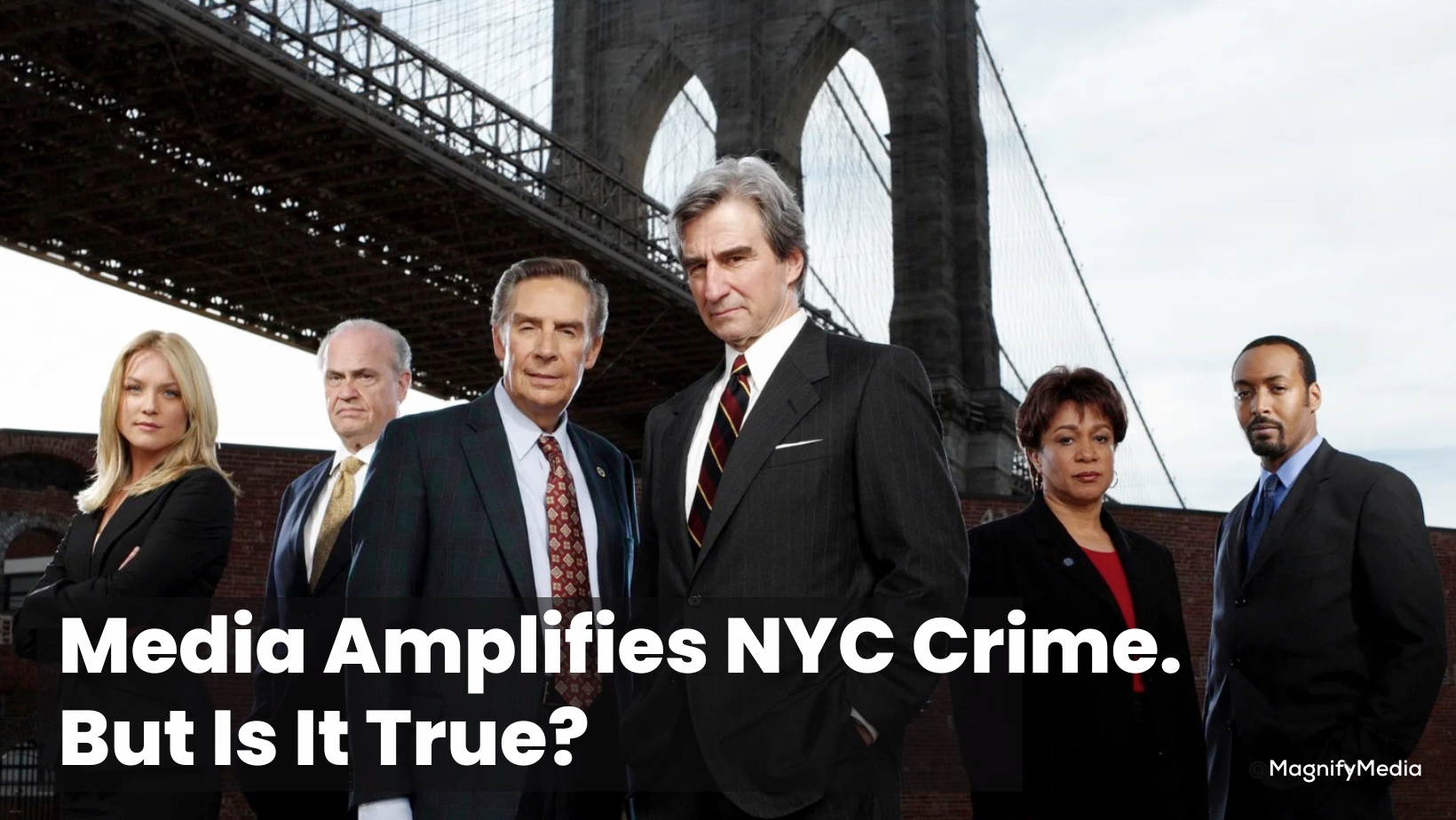 If you watch the news, New York would seem to be deep in an epidemic of violent crime. The stories are frightening, and the mayor has reacted, dispatching police officers on to subway platforms.

The Economist, not a publication known for hyperbole, wrote: "New York is experiencing a grim increase in violence."

Even the election of a Democratic governor was for a moment in jeopardy, as an almost unknown Republican candidate arrived with a late crime campaign. Wrote the NY Post: “In voting for governor, New Yorkers were clear: They want a safer city. We know why GOP gubernatorial candidate Lee Zeldin got 30.3% of the vote in a city where only 10% of voters are Republican. The answer is crime: 28% of likely voters said crime was their most ‘urgent’ issue, ahead of any other.”

But the question that must be asked here is an important one. Are tourists and locals afraid of crime, or are they afraid of the amped-up media reporting of a “crime wave” that almost all reasonable journalists agree doesn’t exist?

"Fear of Rampant Crime Is Derailing New York City’s Recovery” was a Bloomberg headline on July 29. A powerful headline, but below it, was this qualifier: "Widespread anxiety obscures the fact that crime is still at decades-long lows.”

Wait, what? Decades low? As the report continues: "Pull back further to New York of the 1980s and early 1990s, and the murder rate was five times higher than today with an average of six killings a day…People’s views on guns and crime are often more influenced by what they see and hear, rather than by hard numbers.”

So, we’re fearful. And yet, if you look at the size of New York, and compare its crime rates to smaller suburban, even rural crime rates - we are, per capita ---SAFER.

So when a college friend of mine messaged me on Facebook, asking if she should bring her college-age son to NYC for the holidays, I was for a moment stumped. New York feels to me as it always has, a big city with lots going on, and some danger. But the recordings of crimes, in particular on the subway, played on a loop on the news and social media certainly leaves one trepidatious.

So if you’re looking to stay safe, here are the top 10 cities to steer clear of, according to Safewise:

Safewise.com started with per capita crime rates for each MSA (metropolitan statistical areas), based on FBI crime and population data. "This data isn't perfect—it's self-reported by law enforcement agencies yearly—but it's the most comprehensive US crime data available” they wrote.

The point is, you rarely see reports of violent crime out of Lubbock, or Bakersfield or Anchorage. Is that because there are fewer cameras in these places -- so less footage to fuel the story? Or is it just that NYC has a bit of a tough-guy image, and being dangerous and crime-ridden plays to a history of film and TV shows? Crime reports sell papers and glue viewers to the screen, even if the data says that NYC is in fact pretty damn safe.

3 comments about "Media Reports Amplify NYC Crime -- But Are They True?".
Check to receive email when comments are posted.
Read more comments >
Next story loading