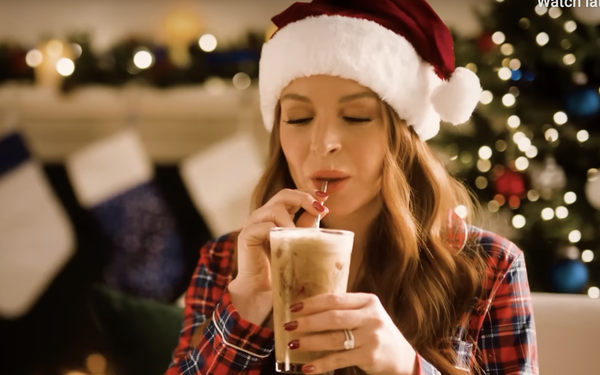 While Pepsi won’t be selling Pilk in cans anytime soon, the ad raises a few questions, which we have attempted to answer.

Why did Pepsi choose Lindsay Lohan for the campaign?

Lohan, the star of the 2004 comedy “Mean Girls,” has been off the grid for starring roles in major motion pictures since about 2006, when she starred in “Prairie Home Companion.” That year, Lohan was hospitalized for being “overheated and dehydrated,” according to her publicist. At the same time, a letter from studio executive James G. Robinson made the rounds calling Lohan “irresponsible and unprofessional.”

Lohan has since gone into rehab and had few starring roles. She made a comeback in 2021 with a multipicture deal with Netflix that included “Falling for Christmas” (just released) and Irish Wish, which is scheduled to be released in 2023. Lohan has also repped for other brands, including an ad for Allbirds this past summer.

Is milk and Pepsi really new?

Fans of the 1970s TV show “Laverne & Shirley will recall that Laverne, at least, drank milk and Pepsi. Marshall explained the odd mix in her 2012 autobiography:

“At kosher camp, they couldn’t drink milk with meat, so they had Pepsi. I wanted Pepsi, too. But my mother made me drink milk first. Then she gave me the soda. Sometimes she didn’t rinse out the glass. Sometimes it wasn’t even empty. Eventually it became half and half. When I did it on the show, I knew it would get a reaction. And it did. People related to those little details”.

TikTok no doubt helped spread the Pilk trend, but the recipe has been around for years.

Is Lohan wearing a “Mean Girls” Santa hat in the ad? Yes, she’s wearing a Santa hat, as she does in the “Jingle Bell Rock” high school talent show scene in the movie. (And, for all we know, she may also don one in “Falling for Christmas.”)