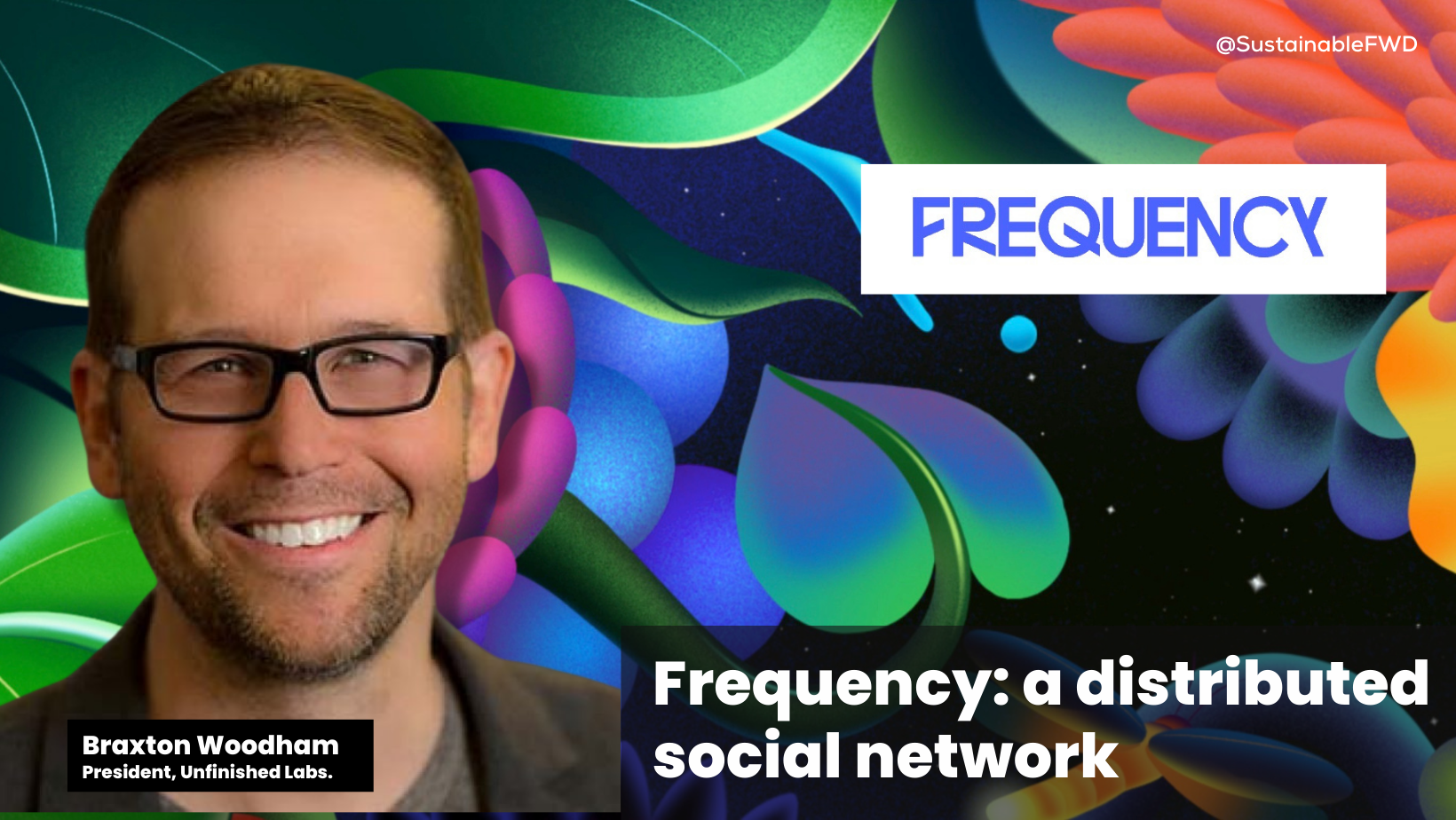 Standing in front of a virtual room of high school students and tech leaders, Braxton Woodham, president of Unfinished Labs, said he sees the current state of social networks as bleak, but fixable.

As he explained it, no one person is responsible for the current state of affairs.  Quoting Grateful Dead’s roadie Steve Parish, he said that “the situation’s in charge.” He explained further: "The situation is so complex with what's happening with social media, the propagation of disinformation and polarization, that there's no one person in charge.”

Woodham said he saw the problem early, back in 2008. “And at that time, the carriers, the telcos, Verizon, T-Mobile, they controlled the mobile internet, and you had to actually go through them to have any content discoverable at the time. So we started a company to democratize access to content, and it was a social network video on a phone.  It was before the iPhone existed.”

Early was in fact too early, and his company pivoted to analytics, which “gave us a front-row seat to watch all this stuff unfold starting in 2008.” What he saw worried him: “It felt like you're watching virtual bridges being built, but they're privately owned. And you know, regardless of your political beliefs, there are some structures and some things in the world that that don't work well when they're privatized.”

His passion for public infrastructure brought him to where he is today: “Protocols versus platforms,” as he explains it. His attention turned to blockchain, and the decentralized web.

The private nature of platform companies is core to their dysfunction says Woodham. “The private companies that run these platforms, they need to make money. To make money, they need more engagement for advertisers to drive engagement. They have these algorithms that try to incite people to check their phones more often or check the apps, where often what works best tends to be these emotional, engaging pieces of content that drive a polarization politically that in many cases are based on or tied to disinformation and inflammatory rhetoric.”

And now he’s leading a team that last week rolled out Frequency.xyz. It’s based on several core theses:

“One is data should be by the people, it should be for the people. And that means we should be using protocols. Number two, we need truth at scale to establish trust at scale. We're a globally connected society. So we do need a way to know what is real and what isn't. And that is a unique property of blockchains as they allow for uniquely signed digital assets that can't be changed. “

So, what is Frequency?

“Frequency delivers a new pricing model for building predictable, sustainable businesses. Frequency transforms how blockchain transactions are priced. Instead of paying per transaction, builders reserve an allocation of capacity at a predictable low cost—with capacity replenishing in regular increments. Frequency can be leveraged by Web3 natives, or by Web2 businesses that want to tap into new Web3 features and revenue streams.”

For Woodham, the revolution is just getting started. “Once individuals control their identities and data, you open a completely new landscape for use cases and business models.”