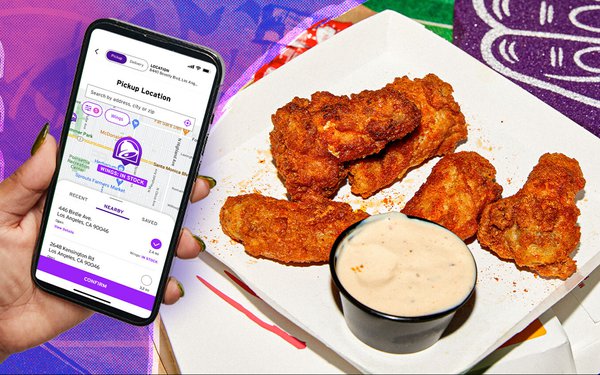 Taco Bell is bringing back its Crispy Chicken Wings, but only for a limited time: Jan. 26-Feb. 9.

The bone-in Crispy Chicken Wings are coated in Mexican Queso seasoning, crisped and served with Taco Bell’s s spicy ranch dipping sauce. The limited-edition wings will be available in orders of eight for $6.99.

Taco Bell introduced the item last year, though in a 5-piece offering for $5.99. Using Taco Bell’s app will unveil a “wings filter” feature that tells you where the wings are available.

This year, Taco Bell will be selling the wings for two weeks, a week longer than last year.

The introduction comes a month after Taco Bell was testing two versions of its Mexican Pizza (a Triple Crunch Mexican Pizza and a Cheesy Jalapeno Mexican Pizza) in two U.S. cities for a limited time.

Taco Bell began testing the item in 2020. Similarly, McDonald’s tested an item called Mighty Wings in 1990 and took them off in 2003, though they appeared a few times afterwards,

The Mighty Wings returned in 2013, though they were only on the menu for a limited time during football season (September-November), per The Wall Street Journal.