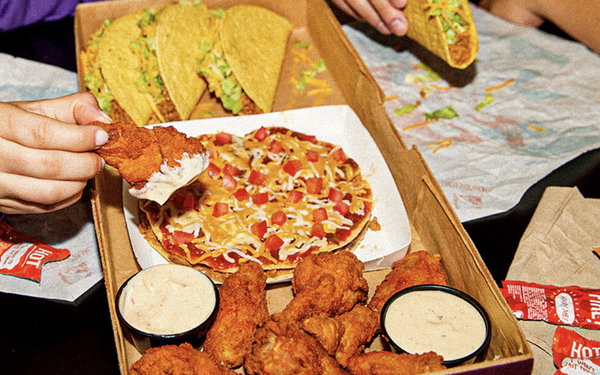 Taco Bell is celebrating the Super Bowl with a shareable snack box combo that will be available from now until Feb. 9, while supplies last.

Unfortunately, the promotion ends three days before the big game.

Fans can get the Ultimate GameDay Box in-restaurant, via the Taco Bell app and via third-party delivery partners for about $22 (plus tax). Fans can also get Crispy Chicken Wings a la carte for $6.99 while supplies last.

Last year, Taco Bell advertising returned to the Super Bowl after a five-year absence. The game also marked the debut of Tresvant, who joined Taco Bell in December 2021.

Taco Bell’s last Super Bowl ad before that, in 2017, was a 1950s-style mock PSA for Taco Bell’s fried chicken offerings.