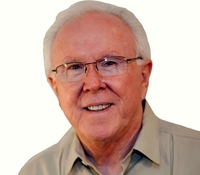 Jim Gilmartin is the founding principal of Lisle, IL based Coming of Age, (www.comingofage.com) 630-462-7163. Established in 1991, The full service 50+ Marketing Agency specializes in helping clients to increase market share and profit in 50+ customer markets. Over the past 25 years, Jim has achieved national recognition for his expertise in sales and marketing to Baby Boomer and older customers. He is an experienced business development and marketing and sales professional and provides valuable insights into connecting more effectively and efficiently with Baby Boomer and older customers. The author of numerous articles on marketing and sales, Jim is a frequent keynote speaker at professional conferences. Jim earned his B.S. and Master’s Degree from the City University of New York. He can be reached at 630-462-7163 or jim@comingofage.com.