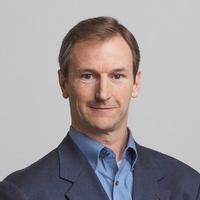 Steve Wadsworth has been an influential senior executive and leader in the Internet and interactive digital media industry since 1995. Steve has served on the Tapjoy Board since 2011, and prior to that he was president of Disney Interactive Media Group (DIMG), where he was a pioneer for the company's digital media and technology business including more than 11 years as Disney's chief Internet and digital media executive. During his tenure, Steve led DIMG's global creation and delivery of entertainment and lifestyle content across digital and interactive media platforms, including mobile devices, Internet, video game consoles, and social media platforms. Steve is a frequent spokesperson on Internet and digital media issues and guest speaker at Internet industry forums. In 2010, he was selected as one of UCLA Anderson's 100 Inspirational Alumni, and he was named to The Hollywood Reporter's Digital Power 50 List in 2008, 2009 and 2010. Steve also served on the board of the Internet Advertising Bureau (IAB) for a decade where he served in the roles of chairman and chairman emeritus.