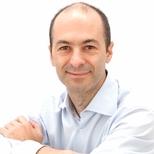 I am the Founder & CEO of InPulse Digital, a digital agency with over a decade of experience creating next-level social media strategies forthe most demanding clients in the music, sports and entertainment fields across multicultural markets in the U.S. and Latin America. Based in Miami, Argentina and Uruguay, our teams have helped Get The Audience for MTV, E! Online Latino, Warner, Universal, and EMI among others.