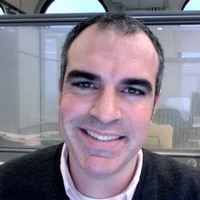 Matt Anchin currently serves as Senior Vice President of Global Communications for Monster Worldwide, a global leader in connecting people and jobs. Since assuming the position in March 2013, Mr. Anchin has helped rebuild and develop the global communications team, managing corporate, internal and brand communications, business and consumer external relations, content marketing, and social media. Before Monster, Mr. Anchin served as Senior Vice President of Global Marketing and Communications at Nielsen. There, he led an integrated functional team supporting the company’s extensive media businesses, including television ratings, Internet, mobile and entertainment audience measurement and advertiser solutions across more than 100 countries. As an expert in the use of social media and the Internet for corporate communications, Mr. Anchin established and oversaw Nielsen’s digital center of excellence, including the development of Nielsen Wire, a leading online destination for company thought leadership, insights and data-driven content. Prior to that, at American Express, Mr. Anchin led the rebuilding of the company’s intranet, wrote the company’s social media policy and developed numerous social media and Web-based campaigns for global corporate communications and marketing initiatives, including the 50th anniversary of the American Express card. Previously, Mr. Anchin held a variety of corporate communications management roles at IBM, working on some of that company’s most visible and innovative communications initiatives, including its award-winning annual report. Mr. Anchin was recently named one of PR Week’s “40 Under 40” in 2014. A former advisory board member for the Center for Digital Information and Hark.com, he is a frequent speaker at conferences and workshops discussing the dynamic nature and nuances of corporate communications.