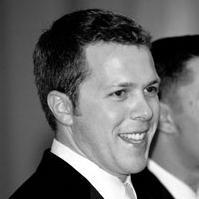 Founder, http://buysellads.com, working hard to automate the buying and selling of all the world's quality digital ad inventory.