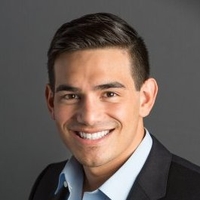 Michael Chock is Vice President of North American Sales at Media iQ. In this role, he oversees and manages sales and operations across the entire North American continent. He has a strong focus on regional expansion and marketing in North America, from finding office space to hiring new talent. In his over two years in the role, he has increased revenue from $5m to $100m and strategically opened six new offices in North America, with three more planned, making the United States the most profitable territory for the company. Prior to this role Michael served in several different capacities from Campaign Manager to Sales Manager with Adconion Direct, a digital marketing company now owned by Amobee. Michael installed new sales protocols and tactics that helped lead to the business’ growth while working out of several different offices. Michael is a graduate of Middlebury College and University of Edinburgh with a degree in Neuroscience and is based in New York City.