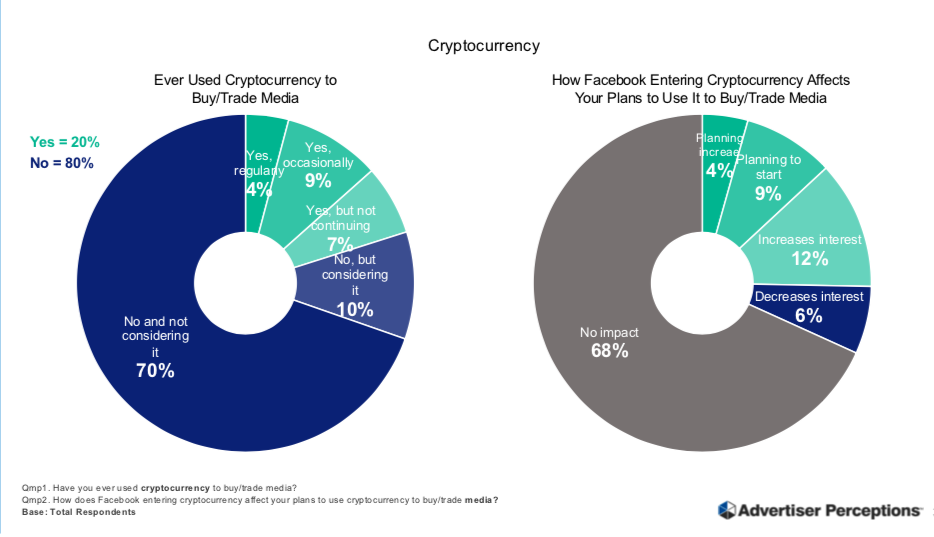 While the use of cryptocurrency in media-buying gets a lot of discussion, it is getting little uptake from the demand-side. A survey of ad executives conducted by Advertiser Perceptions for Research Intelligencer in July finds more than two-thirds aren't even considering it.

The survey also found that Facebook's plans to launch Libra, a digital currency that would enable frictionless payments has done little to impact the ad industry's perceptions on crypto's role in advertising.

Sixty-eight percent of advertisers and agencies said the launch of Libra will have no effect on their plans, while 6% said it would actually make them "less interested" in utilizing cryptocurrency.