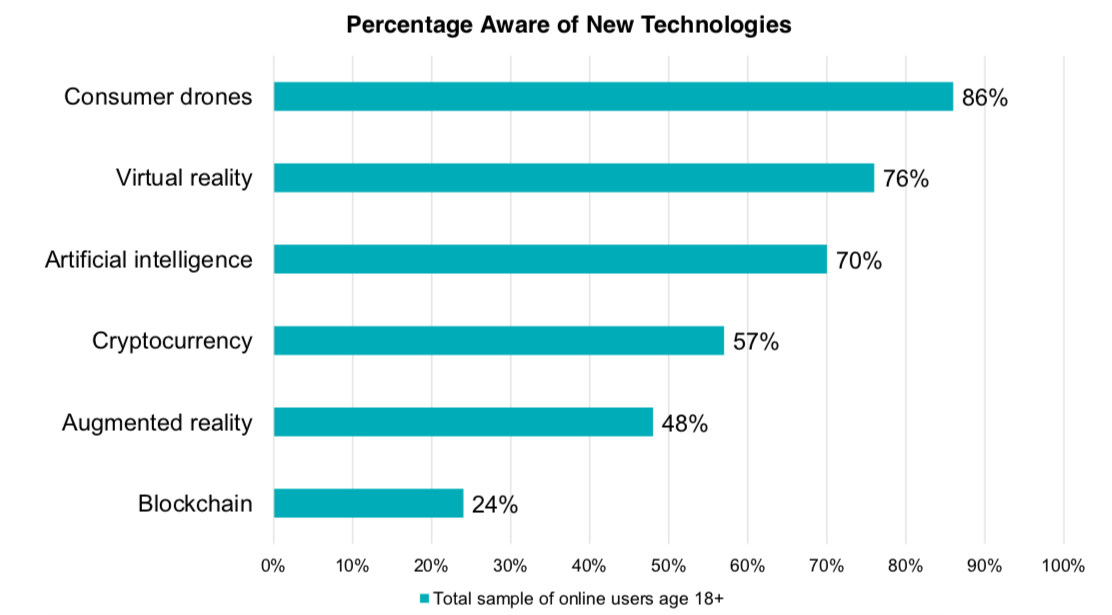 The vast majority of Americans are aware of some promising new technologies, especially consumer drones (86%), virtual reality (76%), artificial intelligence (70%) and cryptocurrency (57%), but a majority still are unfamiliar with others like augmented reality (52%) and blockchain (76%), according to findings of a nationwide study conducted July 13-17 by Manatt, Phelps & Phillips, LLP and Vorhaus Advisors.