If your ad isn’t seen, it isn’t remembered. Sounds like common sense. And yet, many advertisers, pursuing the holy grail of viewability, are losing critical opportunities to grab consumer attention, create brand recall, and strengthen their brands. Here’s why—and what they can do to reclaim it.

The number of mobile ads to which consumers are exposed has doubled in the past 10 years, according to PPC Protect. That has made competition for viewer attention that much tougher. There’s so much to look at—and so little time. In fact, recent studies have shown that the average time a consumer spends viewing an ad is no more than two seconds—barely enough time to even know what the ad is for, let alone to form the sort of lasting impression that will translate to brand recall and loyalty.

But few advertisers realize the extent to which their investments in mobile ads are being wasted. Part of the reason is a focus on what could be seen as a misleading KPI: video completion rate (VCR). Using VCR, if a viewer scrolls across a video ad for even two seconds, it’s measured as viewable. But “viewability” doesn’t translate into “viewed.” It’s likely that the viewer, having turned on the ad, continues to scroll through the content while the ad plays off-screen, out of sight and out of mind. It doesn’t register with the viewer, though it is counted as being completed. In reality, it’s almost as if the ad had not been there at all.

A recent study of ad viewership and brand recall by Lumen, an attention technology provider for the advertising industry, on behalf of Ogury, a global mobile ad tech firm, clearly delineated the difference between ads that are viewable and those that are generating attention, showing a way to measure the impact that a viewed ad can have on brand recall.

To test their theory, Lumen and Ogury conducted a survey of 1,200 mobile device users in the U.S. and the UK this past January. Respondents accessed Lumen software via their mobile phone, consenting to turning their device into an eye tracking camera for the purpose of the study. They were exposed to four articles and two test ads (each with the same message) on their mobile phones. Some of the ads were embedded in mobile outstream and mobile display formats, usually leveraged by advertisers in their media plan. Others used Ogury formats like Thumbnail Ad and Header Ad, which stayed fully on-screen, with all their pixels in view, until either the ads finished or the viewer took the conscious step of turning them off. Once the exercise was completed, respondents answered a brief questionnaire designed to test their brand recall and perceptions.

The main question the study raises is, "Are brands and agencies aware of the poor performances generated by many mobile outstream and display formats?"

The results were clear. And while they show Ogury formats provide significantly higher attention than most mobile outstream and mobile display formats—the main question this study raises is, “Are brands and media agencies aware of the poor performances generated by many mobile outstream and mobile display formats and what they are currently paying for?" 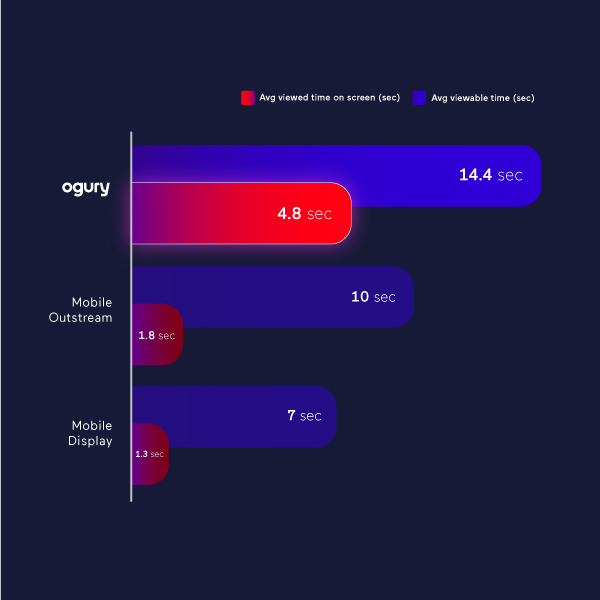 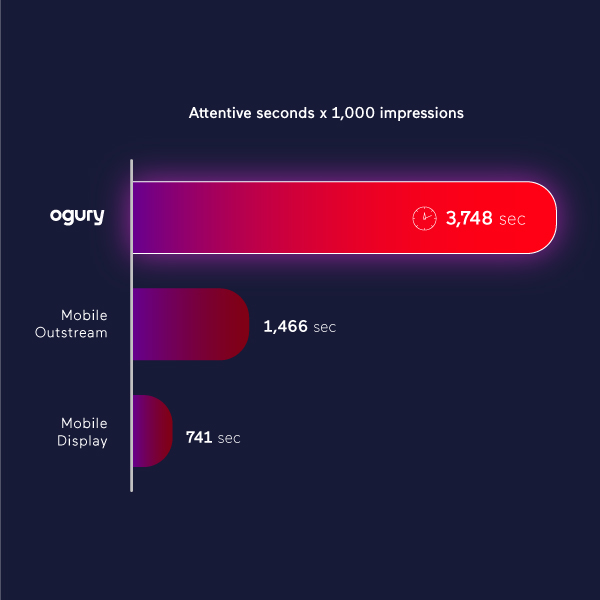 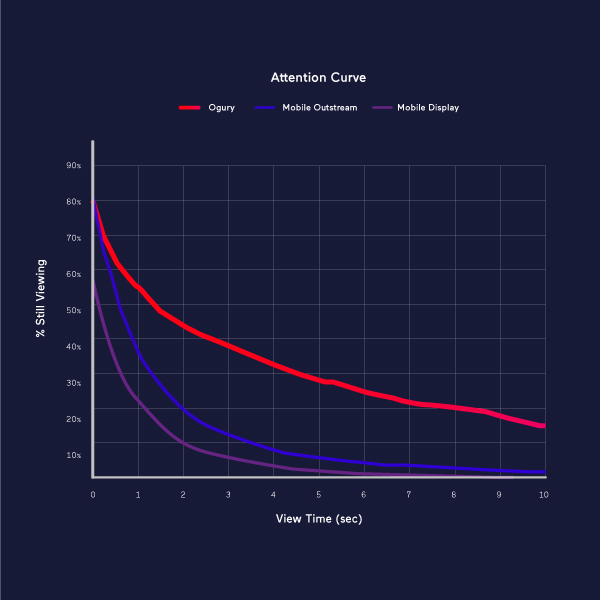 Though viewability has been the gold standard for some 15 years, this study from Ogury—which correlates well with last year’s Dentsu Attention Economy study—indicates that viewability may soon forfeit that position.

As Charlotte Diemer, global head of insights for Ogury, explains, “Attention is currently kind of a buzzword, but it will soon become a key outcome for brands. Just like viewability used to be, before attention measurement existed. It’s important to measure attention in terms of not just what has the potential to be seen but what is actually viewed, and the current standard of viewability can’t ensure the ad is actually seen or that it generates attention. With fully on-screen formats like those developed by Ogury, we offer formats that are respectful of the user experience while, at the same time, allowing the brand to be seen and remembered.”

In this context, she notes that there are two sides to attention: media attention (driven by the format/placement the ad is displayed in) and creative attention (the actual content displayed within the ad format). But even the most creative ads won’t drive brand recall if no one sees them and pays attention.

“You don’t put a beautiful billboard behind a tree,” Diemer says. “Why would you not want a great digital ad to be fully on-screen?”. And measured that way.

Learn more about attention in the study’s ebook