The Future of Media Currency in a Digital World 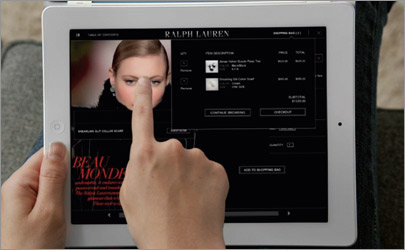 As the marketing landscape changes, so do the ways we measure success

No surprises here: the future of media is quickly becoming increasingly digital and therefore creating a brand new ecosystem of accountability and engagement — both for readership and advertising. The digital world transformed traditional media from day one, opening a universal gate where consumers, money and content migrate and live as one.

I would have never predicted the incredible speed that the media world has transformed itself over the past several years. But with innovative and readily accessible products like the tablet and smartphone (notably the iPad, iPhone and Android platform), I see more and more people on my morning commute, young and old, affluent and not-so-affluent, reading The New York Times on those devices than on newsprint. Cleaner hands abound, but I’m not so sure about their eyesight…

For content creators, this is great news, but it also presents a pressing need to reexamine business models, refresh their understanding of what customers want and, most importantly of all, figure out how they can maintain advertising revenues in the new digital world. And with that comes a new currency — a currency of engagement and measurable results that advertisers have always been seeking, and media owners have been looking to tout to the masses.

The Currency of Engagement

Everyone in advertising has heard retailer and merchant John Wanamaker’s quote: “Half of the money I spend on advertising is wasted; the trouble is, I don’t know which half.” Funny how that 50-year-old adage still resonates even in these digital times.

With the advent of CPA, CPC, CPL and CPO defined pricing, electronically interactive TV ads, and improved viewer tracking, can we find a way to increase that mix percentage? Could Wanamaker say today, “One-quarter of the money I spend on advertising is wasted; the trouble is, I don’t know which quarter”?

With this new currency, Wanamaker could measure who’s interested, who’s buying, when they’re buying, and from what media, and adjust accordingly. He could measure the real engagement, which, after all, is the primary goal of every marketing campaign.

I started my career in print with Time, Inc. in the ’80s and while some people believe that print is a fading medium, I see it very differently. In the new currency of engagement, imagine the print vehicle you love and read regularly, available as a much more robust, rich, and relevant experience.

Imagine this scenario: you’re a die-hard fan of Sports Illustrated; you get great SI editorial content every week with award-winning photos and detailed game insights. They then come alive as interactive video, whereby you can hear and engage with the actual editorial team. This robust print experience is now “on steroids” (only the good ones) and will provide consumer engagement that far surpasses the print edition — the sight, sound and motion of TV from your favorite magazine.

Now let’s take it one step further and imagine you are an advertiser. You can create all kinds of advertising creative wrapped into the digital magazine experience — so in addition to getting consumers connected to your brand’s value proposition, you can get them to actually, in real time, respond to your offer, your promotion — in effect it’s an opportunity to move much more quickly. There’s measurable accountability in that engagement.

For circulation and readership figures, you’re no longer dealing with MRI or ABC figures, you are dealing with real engagement numbers. Pretty compelling stuff.
Ralph Lauren is already thinking like this!

Ralph Lauren integrated live streaming video of its Fashion Week Spring Show and introduced other campaign video into the exclusive ad campaign.
Both the media and the advertiser won here. The New York Times had a high-profile event advertiser partnering with them on a completely new digital product, charging a significant premium for the access, and Ralph Lauren once again stood out as a leader both in fashion and now in newly emerging digital media.

This is what we will see in the future: smart digital integration of media assets that create a unique connection between your advertisement’s messaging and the media brand’s equity and value to a consumer. I am sure fellow merchant John Wanamaker would agree that Ralph Lauren’s media buy was very well spent and will soon be a classic, just like the image his brand portrays time and time again.

The Currency of Engagement in a Multiscreen World

Rest assured, TV is still the dominant medium in consumer media today. The 2011-12 television upfront ad buying season went absolutely gangbusters, and analysts predict that even with a double-dip recession, TV advertising will have a mild increase year-on-year.

TV and TV advertising will always be a storytelling medium. Nothing matches TV for getting across a story and advertising messages. And now that you can easily and readily watch TV on your laptop, mobile phone or tablet, TV isn’t just a set-top device from Samsung or Sony anymore, it is living and breathing content that you can consume anytime, anywhere.

There are many ways advertisers are partnering with TV networks to enhance their engagement. Obviously, the multiscreen experience is key. And consumers who can, and do, interact simultaneously across multimedia are the prime targets.

This multiscreen experience can be manifested in a number of ways, and I think Bravo TV is doing it really well with “Real-Time Conversations,” a virtual water cooler that gives viewers a voice through a live event platform. They pull audiences from anywhere and everywhere into the cultural conversation.

Their first product was Bravo Talk Bubble that takes fans’ tweets and Facebook posts and connects them with Bravo celebrities fanned out across multiple screens. They also use Bravo Now, a live-viewing companion app for mobile phones that lets fans vote and talk to the talent, friends and other fans during the show. They can replay favorite clips from the program as well, and share them immediately, with commentary.

Now that is smart multiscreen engagement, but also smart brand engagement for advertisers. And it was developed as a way to engage both consumers and integrate advertisers, so again everyone wins. But planner beware, they better be relevant ads, with interesting creative, appearing on really good content — otherwise these same savvy consumers and media aficionados may also be sharing unflattering commentary about an advertiser’s product or service in real time.

Here are some examples of really good executions:

This fall, Discovery Channel’s new series Penn & Teller Tell a Lie marks the network’s first venture into real-time audience engagement. In each episode, the comedic duo will present a set of statements such as, “A butter knife can stop a speeding bullet,” or “You can lift a car with a head of human hair.” Using science, they will prove that their statements are valid. But in every batch, there will be a lie. And Discovery Channel is giving the viewers the chance to decide as the show is progressing what they believe is the false claim.

During the show, viewers will be prompted to launch the “Guess the Lie” experience on the iPhone, iPad or online. Then, fans can vote on whether each claim is true or fictional, as well as change their answers as often as they like. The results will be shared at the end of the episode with different conclusions for both the ET and PT airings. Participants using the app will also get access to bonus videos showing how the pair covered up their lies.

Now, when a show is pitched and before it is greenlighted, programmers are seeking digital elements that will enhance its brand engagement and currency, like the Penn & Teller Guess the Lie app.

Recently we have been seeing more and more smart multiscreen engagements combining TV with mobile. Text voting on talent and award shows from the MTV Video Music Awards to American Idol is big business, as networks share in the revenue and mobile carriers advertise with exclusivity. Mobile polling on CNN and Fox News during election coverage will only increase in 2012. Texts and voting will evolve to a more robust experience in the future, which will give the content more relevance and advertisers more exposure.

And the future of interactive advertising is just beginning. Direct TV, Rovi and Dish Network are all offering measurable interactive ads on their platforms. It is at its nascent stage, but as we have seen with Moore’s Law, this digital technology could expand quickly, and cost a lot less to produce, market and distribute.

So What Does The Future Hold?

Advertisers need to partner with the content companies so that both succeed in this new digital world. Advertisers and content creators need to be risk-takers; they need to, as Apple once said in its award-winning ad campaign, “think different.” Only then will the currency of engagement evolve to a place where consumers, advertisers and media companies all win.

Going back to Wanamaker and his famous quote, I think it is incumbent on brand advertisers today to part with some of the ad budget that isn’t working and try new things. New things that might not work. Or might not work just yet. Or might work really, really well. Take the risk, ride the wave, the water is warm, the sun is out, and we’re ready for you.

Brendan Condon is the CEO of REVShare