Supplier of the Year: Acxiom - Who's On First, What's On Third?

To find out, big data’s big daddy wants you to join its party 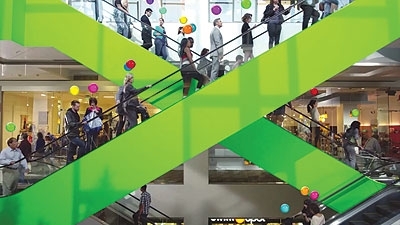 If you had to pick the most vexing and talked about subject on Madison Avenue in 2013, it most likely would be one that falls under the banner of “Big Data.” In fact, if you’re an industry pro, just reading those two words together probably gave you a sense of discomfort and a desire to stop reading this article right now. Don’t, because what you are about to read will put you at ease, or at the very least will give you hope that someone is working on a solution that will get you there very soon.

But first, let’s acknowledge what the problem really is: Big Data is a little too big. And more importantly, it’s frequently too unstructured to make much, (if any) sense ... much less generate genuine insights that could lead a marketer, an agency or a media company to do something meaningful.

Think about it. Big data is multivariate. It comes from a multitude of sources — both on- and off-line — in media, marketing and retail and in every shape and form of product, brand or service that a consumer interacts with. In fact, there is so much data being leaked through the modern “customer journey,” that Big Data insiders now use the term “data exhaust” to describe the fumes of information that are clouding the world of consumer marketing. Sound exhausting? It is.

And the biggest problem with all that data is that much of it is either worthless, or downright wrong. Take cookies, as an example. For all the talk within the ad tech business, you’d think Web browser cookies were a godsend for identifying and targeting consumers, right? Why else would advocacy groups and regulators be up in arms about consumer privacy online? The truth is, cookies may be one of the weakest data signals advertisers and agencies could possibly use to target consumers online, at least in their unstructured and unfiltered form.

“The problem is the need to develop a single view of customers across all the channels and devices and applications they are using,” says Phil Mui, who has been building just that sort of filtering technology for Big Data’s biggest daddy, Acxiom.

The challenge, he says, is reconciling the disparate and non-unified way cookies capture consumer data, and how that data gets attributed to describe who they actually are and what their behaviors have been (much less their intent). 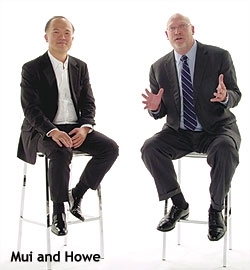 To illustrate this point, Mui would like you to think about “Rebecca.” She uses different devices at different times to interact with brands and purchase products in different ways, dropping cookie crumbs all along the way — clicking through to an email discount offer, browsing a product on a retail or manufacturer’s site online, picking up the phone to order from the Home Shopping Network.

Along her journey, Mui says, “24 cookies may have been dropped across six different devices,” but, “that particular purchase would be associated with her offline behavior.”

It’s a bigger challenge than simple sales attribution, says Mui, explaining that the marketing world is getting a distorted view of Rebecca, in a far bigger sense. Actually, he says, it is getting a distorted view of Rebeccas, pluralized. Over the course of all those digital interactions, “four different personas” were ascribed to Rebecca because she logged into different browsers at different times on different devices that had a different way of identifying her. In other words, the sum of Rebecca’s digital parts were much greater than her whole — four times greater.

“The problem for marketers today is that marketing is a channel-centric discipline,” Mui says, “but there is no company that has the means to connect all the data generated by those channels to provide a single view of the customer.” Until now... because that’s effectively what Mui has built since joining Acxiom as Chief Product & Engineering Officer in the Spring of 2012 after serving as Google’s long-time group product officer and the chief engineer behind Google Analytics.

The product, which Acxiom chief Scott Howe dubs an “audience operating system,” or AOS, was officially unveiled last September during Advertising Week in New York, and it is the culmination of a career-long quest for Howe, who began a journey to “take the friction out” of the marketing process by unifying all the data about consumers in one, easy-to-manage platform. He began that quest as a young digital turk at seminal digital shop Razorfish and rose through the ranks at aQuantive, ultimately succeeding Brian McAndrews and serving as the top ad man inside Microsoft’s publishing organization, before leaving to run Acxiom.

Howe developed the integrated vision while at Microsoft, likening it to the way Microsoft unified its suite of Office software applications and tools into a single, seamless, easy-to-use platform. He also borrowed the concept of an operating system, because what he and Mui have built at Acxiom isn’t your father’s data processing company. Yes, Acxiom’s Little Rock, Arkansas, headquarters has plenty of servers and data processors, but it’s all an end to a means, says Howe, which is to take the friction out of consumer marketing by taking the noise out of all their data signals. And the only way to do that, he says, is to unify all the data about individual consumers in a centralized way.

To understand how Acxiom did that, you first have to know a little bit about where it came from. Acxiom was big data before it became a proper noun... collecting, housing and databasing every data attribute you could gather publicly about consumers from public records, then organizing and attributing it to the so-called “first-party” data collected by marketers who had relationships with those consumers ... usually when they purchased something or signed up for a mailing list or some kind of offer. For most of its history, most of that data was from offline, real-world consumer behaviors; but, over time as digital data began to accumulate, Acxiom, like other consumer data aggregators, began to integrate and tried to attribute it. The problem is that while its first-party data was rock solid, the ability to link it to the volumes of third-party data being generated were — as Mui’s Rebecca example illustrates — not-so-good.

The solution was to develop a new bullet-proof tagging technology that enabled Acxiom to reliably link the first- and third-party data, without compromising consumers’ personal identities. That technology, which Acxiom calls Abilitag, is at the core of the new audience OS which links personally identifiable data on 700 million consumers captured by big marketers with all the anonymized third-party data collected online.

Mui estimates the 700 million identifiable consumers in Acxiom’s database represent about half of all the first-party data generated by the Fortune 100 companies. But Acxiom’s OS goes one step further, building its own third-party cookie pool, which Mui says has access to the last 30-days of behavior on more than 1 billion consumers.

It is the ability to link all that data, and to enhance it, that is the core of the OS. How does Acxiom enhance all that data? By linking it to all the other consumer attributes it has gathered and gleaned from the multitude of public records available on consumers, including were they live, whether they own their home, what their mortgages are, whether they have kids in college, etc.

“For every consumer we have more than 5,000 attributes of customer data,” Mui boasts, noting that by linking the public info with actual purchase data, and attributing it to online browsing behavior, Axciom can actually predict future consumer behaviors.

If that sounds a little too creepy, Mui and Howe say its just a fact of modern consumer life, and all Acxiom is trying to do is make it more scientific so that the data works the way it should, friction is taken out of the process for marketers and agencies and consumers — at least — get the most relevant offers and messages targeted at them.

Because controlling so much data generates another kind of friction for Acxiom — oversight from regulators and advocacy groups concerned about consumer data privacy — it did something else in 2013 that, while it doesn’t necessarily directly benefit marketers, indirectly does by putting consumers at greater ease about how their data is being used.

Last September, Acxiom launched a new consumer website — aboutthedata.com — which gives individuals direct access to a portion of the data Acxiom collects on them and also gives convenient ways of opting out.

Howe and Mui say trust is one of the most important attributes surrounding their data. They say their OS, including both the consumers’ data and that of the marketers who entrust their highly proprietary first-party data to them, has bullet-proof security systems to back that up.

That, in a nutshell, is how Acxiom’s OS came together and is the main reason MEDIA selected it as its supplier of the year... for helping Madison Avenue tame Big Data. But Howe says it’s just Phase One of a more ambitious goal to build a suite of new products and services. In that regard, Howe is taking another page out of his former Microsoft playbook and plans to leverage the OS to enlist others — so-called third-party developers — to build applications directly for Acxiom’s clients, which in turn will give them more value for utilizing Acxiom’s systems.

To jumpstart the process, Acxiom has been developing some of its own, homegrown apps... the first of which — a cross-channel media planning platform that taps all of Acxiom’s first- and third-party data to identify the best media options for reaching a consumer — was launched during the OS’ unveiling in September. Howe and Mui say they are developing other applications, but the ultimate goal is to inspire others.

“We are absolutely not in the business of trying to build all the apps in the world of marketing,” says Mui. “What we want to do is expose our ability to connect audiences with channels — online and offline — so that other players, the Adobes and Salesforces of the world, can build even better apps for marketers and agencies worldwide.”