From Early Adopter to Early Adapter 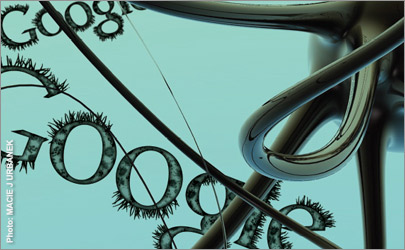 How media is changing human evolution

We are inextricably linked to the media we consume, and as it transforms, we too are transforming. These changes transcend the obvious changes to humanity as a whole in terms of society, technology and other external shifts. We are reprioritizing and reprogramming to more efficiently live in an ever-advancing world. Early adopters have become early adapters, not just acquiring new toys before their peers, but also more willingly conforming their behavior, psychology and biology to fit these new devices.
Our sudden, surreptitious “faux-volution” parallels the technology around which we’re adapting. Our technology is shifting from desktops to laptops to mobile phones and tablets. It exhibits a trend away from isolated, self-sufficient machines to a codependent tech mesh that rewards efficiency and flexibility. We’re in the process of trading in self-storage for the cloud. Physical media for digital streaming. Bulk for portability. Computing power for connectivity.

Mirroring these trade-ins, we ourselves are shifting from a prioritization of memorization to analysis, of depth for superficiality, and of self-sufficiency for codependence. These are not judgment calls, nor is this a rallying cry against the ebb and flow of an advancing generation. This is not the ranting of an old man with young ’uns in his yard. These alterations make perfect sense for the contexts in which we find ourselves.

Google is making us stupid. This has been a running joke told countless times at those moments of a forgotten address, phone number or any relevant factoid. Well, as it turns out, that is exactly what was happening.

This summer a Columbia University psychologist published some research that demonstrated a significant decrease in memory retention when the subject knew the information in question could be found on a search engine: particularly interesting was the discovery that people were more likely to remember how to access information than the information itself.

The phenomenon isn’t new. The theory supporting it, of transactive memory, has been around for decades, and the mechanism in question is millenia old. A merchant in ancient Rome wouldn’t need to remember any information about plowing fields outside of how it might affect grain prices. Conversely, the farmer wouldn’t need to remember which area of the market got the best traffic. Should either have overheard that piece of information, it’s unlikely to have made a long-lasting impression.
What is new is the scope and breadth of information kept in one place. Many early adopters have ceded storing information about names, phone numbers, addresses, directions to addresses, etc., to the cloud.

Though early adopters might not be able to remember their best friend’s last name, despite seeing it for the hundredth time on Facebook’s activity feed, they excel at remembering how to use new technology within minutes of learning a trick or shortcut but a single time. On the other end of the spectrum, some people do still remember phone numbers and calendar appointments and directions, but most have difficulty remembering how exactly to send an email to multiple people, or to upload photos. Early adopters affectionately call these people “grandma” or “grandpa” (or in some cases, “Mom” and “Dad”).

It’s called “The Magical Number Seven Plus or Minus Two.” The concept represents our short-term memory’s capacity to hold information before new data pushes the old out of mind. Ever try memorizing a license plate at a single glance? Or maybe everyone’s name at a meet-and-greet? At somewhere between five and nine “pieces” of information our brain reaches its limit, and unless we manage to write that data to our long-term memory, we forget it.

The trick with the rule is that our capacity to remember is between five and nine “objects.” In the case of a license plate, an object is a single letter or number. In the case of people at a party, it’s an entire name. “Cassandra” and “Joe” both count as a single “piece” of information.

This is the crux of how people learn to memorize the order of a deck of cards on the fly. They are still subject to the rule of seven, but instead of remembering specific cards, they remember mnemonic devices that represent orders of cards. In a sense, they compress the information as if it were a “.zip” — encoding and decoding into and from their mnemonic as needed. There is a hard-coded limit on our ability to absorb information, but there is a great depth to the adaptations and trade-offs we can make to functionally expand this limit.

Know the saying “a picture is worth a thousand words”? During the financial crisis, precipitated by the collapse of the mortgage and housing market, many “Main Street” investors hit by the economic downturn were struggling to understand what had happened. Mint.com came to their rescue with handy infographics that laid out precisely what was going on. In a single image, they were conveying the information in a manner more easily consumed by audiences than The Wall Street Journal or major news sources. In fact, the viral nature of these infographics were a large part of the marketing of the service, which later was acquired by Intuit.

Ever since Google set out to “index the world’s information” they (and others) have done a pretty good job. The trick now is condensing the information into meaningful outputs that “compress” it to maximize our ability to take it in. This is a large reason there is so much work being done currently in data visualization. And since, as mentioned earlier, we’re predisposed to forget information that is easily accessible, conveying a lasting message is even more complex.

I can imagine what one might be thinking at this point: “OK, enough psychobabble — does this actually have any relevance for me or should I just forget all about it unless I need to Google it later to impress someone?” Well, yes, it does have quite a bit of relevance for Madison Ave, et al.

Wondering why traditional media bears an ever-decreasing relevance to the plugged-in consumer? This is the crux of it. Traditional media is built around delivering a message to the masses. The information process on the part of the audience is purely passive. That just isn’t how our minds work any longer.

Even if a commercial can be entertaining or memorable, the brand message may not be the part that gets remembered. How often does one overhear someone talking about a great commercial he saw, but when prompted with “Who it was for?”, can’t come up with the brand?

In digital, we’ve seen marketing shift from broadcasting a message to creating a service offering or tool that works in adjunct with the shopping process, consumer interests, or product itself. But traditional media is, by its nature, one-directional.

Well, if we know brains today are predisposed to forget purely factual information but remember to process information, commercials that tease a more substantial marketing offering elsewhere and the directions for how to access that offering might just be the answer. Small wonder this past year has seen an increase in those.
Here, too, there is room for improvement. Can we finally kill off the URL? Please? We got rid of the phone number, but replaced it with a marginal improvement for our short-term memories. It tends to be especially bad for microsites for a promotion. We get URLs like reallylongcombinationofwords.com or somesite.com/promotionevent. Movies often fall victim to overly long URLs too.

If the URL isn’t a dot-com or is more than a single, memorable word, consumers aren’t going to remember it. Know how they are going to navigate to that site when they get home if they really care about visiting it? They’ll hop on Google and search. Let’s increase the efficiency: it’s high time we drop URLs, and just provide the terms for a consumer to search that result in our link as the first result from natural search.

This makes perfect sense when considering the rule of seven plus or minus two. If, on a billboard or print ad, we asked consumers to “Visit themagicalnumberseven.com,” they (a) won’t even be able to process the words within that URL without getting in an accident or having turned the page; (b) will never remember the specific spelling by the time they get back home; and (c) have probably been desensitized to URLs entirely, glossing over that text in the ad. Why not change the call to action to: “search: Magical Seven” (or even “Magical Seven Plus” if you wanted to be sure)?

Instead of trying to process and store combinations of letters and/or words within a URL, consumers are being asked to remember only two to three “objects” (i.e., words). This is actually quite similar to current advice on secure passwords. A password of four unrelated words like “elephant flower clown afro” is exponentially more secure than something like “&tR65yu!” and the former takes only half the “memory” of the latter.

The rabbit hole gets even deeper when we think “messaging process” rather than information processing. Brands need to identify the context around which the consumer will shop for their product, the processes involved, and see where within those contexts they can influence the process, rather than the information.

I’ll try and illustrate with an example. Let’s say a consumer is shopping for new shoes. A classic marketing message would be, “Buy our brand’s shoes, they’re awesome!” While this might ultimately drive awareness, the “they’re awesome” part of the message is going to go in one ear and out the other. Consumers know there is a financial incentive to inflate one’s own success.

Many brands have caught on, and will now cite third-party verification of their awesomeness. Such an ad might suggest, “Buy our brand’s shoes, with an average rating of four stars or above on Amazon!” Well, that helps, but still the information about the rating falls within the categorization of “information that exists online.” If shoppers tend to search for information about the product prior to purchase, they’ll sort out the ratings at that stage of the process and give far more weight to the results they uncover than any content of an ad. Also, it’s generally clear to consumers that the cited ratings represent the higher end of reviews (I’ve lost count of the number of trailers for awful movies that cited four-star critic reviews).

How about the following: “Buy our brand’s shoes, which are awesome. Don’t believe us? Search ‘Brand Amazon Reviews.’” Here, the ad creates brand awareness, but then offers information on the shopping process, rather than on the product. That information is summarized in an easy-to-remember call to action. Chances are, during the search portion of the shopping process, the consumer will find themselves typing in “Brand Amazon Reviews” and seeing all those four-star-and-above reviews.

Understanding how our minds have been reshaped due to media, and changing our media to fit our new minds is a critical back-and-forth that’s evolved on both sides for ages. As media continues to change at an accelerated rate, we have to rethink our content, not only for the new media, but also for the new media consumer.

Josh Lovison is a regular contributor to MediaPost, including the Gaming Insider and MEDIA magazine.