Are We Ready for a Mobile-Only Shopping Experience? 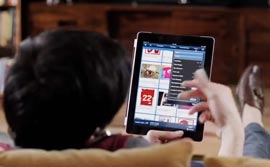 Veterans of the digital space will remember back in the day that lame-brained guy who holed himself up in his house with his connected PC for a year to demonstrate he could live on Internet alone. He was interviewed for a while by all the morning shock jocks, had dot-com sponsors and even hosted a webcast concert in his home at one point. It devolved into silliness after a while. It was a stunt to prove the maturity of the Internet economy.

This was the first thing that came to mind when an old buddy of Mediapost’s -- Ben Gaddis, VP of Growth and Innovation at agency T-3 -- announced today he was going to buy all his holiday presents this year via m-commerce. So I had to ask Ben, “What the …?”

As you may have guessed, it was an office dare. “We were sitting in a meeting talking about how big mobile shopping is going to be, and I said I thought it would be bigger than many think,” He said. You can pretty much tell how the rest of this conversation escalated into Ben pronouncing he would definitely be using his phone to buy some gifts, others wondering if people would really jump through all of those hoops m-commerce puts down… . Yadda, yadda. Now there is a Tumblr blog dedicated to Ben’s adventures in making this a mobile-only shopping season.

Ben admits that he is not a very good gift shopper and ordinarily waits until the last minute. “My worry is that when we are two or three days out it will all become buying gift cards,” he tells me. “I am already bad enough at shopping. I don’t know if this will make me better or I will end up with no presents.

Well, odds are the process and the public scrutiny will force Ben to be more strategic than in the past. In fact he has a plan for ensuring that the experiment renders real lessons. He has been downloading apps first that will help him find gifts and enhance shopping. Then he will be using mobile to find best prices and availability and then make purchases. To ensure it doesn’t all come down to easy Amazon buys he will only use that retailer for a few gifts and then make it off limits. He wasn’t to try different mobile shopping experiences, including mobile ordering for in-store pick up and retailers who send SMS reminders and offers.

The real challenge here is not using mobile to get presents. Truth be told, I pretty much pile up the Amazon order each year and get a few massive shipments in mid-December. I could do this just as easily (or lazily) on my phone as on the Web, given Amazon’s incredibly seamless m-commerce integration of accounts. The real question is if mobile can get you what you really want. With so many retailers still un-mobilized, getting just the right designer frock or accessory could be a problem.

At last summer’s Mobile Insider Summit in Lake Tahoe, the mobile retail panel identified the purchase stage as the real choke point even for most mobile-ready sites. That final step is where the glitch or user frustration hits. Ben has a fiancée he is shopping for this holiday (congrats, Ben). So if there is anything tricky on her list, this groom is sunk.

No pressure, Ben. Just your future happiness hanging on the poorly woven thread that is m-commerce.

3 comments about "Are We Ready for a Mobile-Only Shopping Experience?".
Check to receive email when comments are posted.
Read more comments >
Next story loading