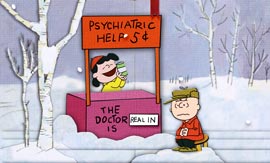 This holiday weekend an old-media favorite rocketed to the top of a new-media chart, as Loud Crow Interactive and Peanuts Worldwide’s “A Charlie Brown Christmas” ($6.99) digital book app topped the entertainment bestsellers in the iTunes iPad App Store. The hybrid experience combines the audio track from the famous 1965 TV special with interactive storybook features and narration from the original voice of Charlie Brown in the early specials, Peter Robbins.

The novel app lets readers move through the full TV special in pop-up book form. Robbins provides a narrative overlay, and the dialogue and soundtrack from the TV show unfolds. Other interactive features include customizing a tree that gets integrated into the storybook itself, playing Schroeder’s piano, and unlocking Christmas ornaments.

The Christmas app initiates a multi-year partnership between book app developer Loud Crow and Peanuts Worldwide, which owns the characters and properties related to the classic comic strip. Loud Crow will produce a line of similar "Peanuts" book apps around key properties, including “It’s the Great Pumpkin, Charlie Brown,” to appear in 2012.

“Partnering with Loud Crow is another key step in our long term strategy for Peanuts,” says CEO of Iconix Brand Group (owner of Peanuts worldwide), Neil Cole. “Everyone loves to watch the popular Peanuts specials that air each year to stellar ratings, and bringing them into a quality interactive format keeps them even more relevant and entertaining for future generations.” The Peanuts properties are being kept fresh for the app age in a new “Snoopy Street Fair” app for iPad that is charting as the 15th most popular app is the free games category.

While this first app in the Loud Crow project for Peanuts is available first for the iPad and Android, the company says it plans to distribute the series to iPhone, Kindle Fire and Nook Color