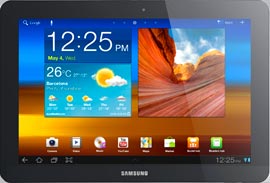 Verizon's reported decision to block Google Wallet is a “textbook example of anti-competitive behavior,” advocacy group Free Press said Tuesday in a letter to the FCC.

Free Press also says that Verizon's blocking of Google's new mobile payment system would violate terms the telecom agreed to when it licensed the portion of the spectrum it uses for 4G service. When Verizon acquired the license for that spectrum, the company promised to refrain from limiting or restricting applications.

“According to the facts available at this time, it seems that Verizon Wireless likely is abusing its gatekeeper control over a substantial percentage of the national market for mobile Internet users in order to block a third-party competitor,” Free Press argues in its letter to FCC Chair Julius Genachowski.

“Verizon Wireless must not be allowed to continue to engage in rampantly anti-competitive, anti-consumer, anti-innovation blocking of applications, including third-party tethering and mobile payment applications, in violation of its license obligations -- and in violation of the spirit if not the letter of its legal obligations under the Commissions Open Internet rules.”

The organization's complaint was sparked by recent news reports that Verizon intends to block Google Wallet from the new Samsung Galaxy Nexus phone. Verizon has said it is doing so for security reasons and is in continuing talks with Google. In the meantime, Verizon, AT&T and T-Mobile are prepping Isis, a joint mobile payment system of their own.

Free Press says Verizon's move is reminiscent of the company's step earlier this year to limit tethering. Verizon reportedly asked Google to limit people's ability to acquire tethering apps -- which allow people to use their smartphones to connect tablets or other devices to the Web. Google makes apps unavailable to people when carriers say the apps violate their terms of service.

The move to limit tethering also spurred Free Press to complain to the FCC that Verizon was violating its license agreement for the 4G spectrum. The FCC is investigating that matter.

Verizon did not respond to Online Media Daily's request for comment at press time.