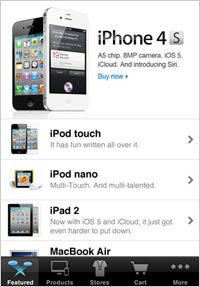 A new and weird holiday ritual has emerged in recent years as a result of the new app economy. Developers are rushing to gain advantage in the battle to grab customers on the biggest app day of the year. Traffic to app markets, especially the Apple App Store, will likely spike to record levels as people unwrap their shiny new iPhones and iPads.

As new users experience that first rush of app addiction and look for downloads, the developers want their brands front and center. That means doing anything possible to get those apps into the store and up the popularity chains so they are most visible on Christmas morning. According to a New York Times article this week, the mad rush to submit apps and updates into the Apple system ends today as Apple employees stop accepting submissions and leave for the holiday. That means the rankings get locked in soon. According to the Times, Flurry estimates that 20% of app downloads for the month of December occurred in just the three days around Christmas.

Jockeying for position in the final race for the finish line is one of the reasons we see a massive rush of deep discounting among game makers just before the big day. Companies like Electronic Arts, Gameloft and Square-Enix are having what seem to be fire sales on games that otherwise are priced at a high premium in the App Store. EA is famous for leveraging this marketing tactic. The company has taken marquee titles like Madden NFL 12 and Monopoly, 100 in all,  and slashed everything to 99 cents apiece. According to Joystiq, this approach worked well for EA last year when it posted a record setting final quarter in iOS game sales.

The marketing tactic of pre-holiday deep discounting has multiple benefits both short- and long-term. Of course it helps the titles ascend the bestseller list and be highly visible to the new device owner. But it also gets the newbie into the app media ecosystem the publisher itself devises. As most developers well know, creating your own network of apps builds a marketing platform through which you can effectively cross-sell new entries without having to invest as much in third-party app advertising. Publishers are also trying to grab these new Apple owners early in their app addiction so they can get them into the brand’s larger grasp.

It's a price race to the bottom in order to get to the top.