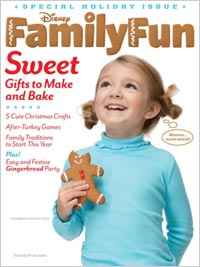 Meredith Corp., which publishes a number of women’s titles, has acquired FamilyFun magazine from Disney Publishing Worldwide, the companies announced Wednesday, including the magazine’s associated digital and special interest publications.

Disney Interactive’s Moms and Family online portfolio will retain all existing FamilyFun content for digital use. Terms of the deal were not disclosed.

With a rate base of 2.1 million and an audience of 6 million, Family Fun targets mothers of children ages 3-12 with ideas and suggestions for cooking, crafts, celebrations and travel.

The acquisition “further strengthens our leadership position and reach among women in both the parenthood and food spaces,” according to Meredith National Media group president Tom Harty.

This is the second big magazine acquisition by Meredith Corp. in recent months; in October of last year the company acquired cooking mag Every Day With Rachael Ray and its related digital properties from their previous owner, the Reader’s Digest Association.

Harty noted that Family Fun, which draws a significant amount of food advertising, also fits within this strategy.

The sale of Family Fun is the latest in a series of changes at Disney’s publishing arm, which closed Disney Adventures in 2007, followed by Wondertime in 2009. In March 2011, Disney revealed plans to launch a series of new magazines targeting kids in the U.S., including Phineas and Ferb, centered on the world of the characters from the eponymous hit cartoon.