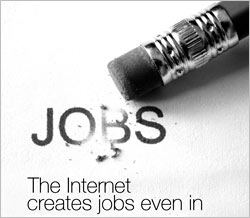 Unlike Wikipedia, Reddit and a host of other Web companies, Google won't go dark on Wednesday to protest controversial anti-piracy legislation. But the search giant says it plans to campaign against the bill on its highly trafficked home page.

"Like many businesses, entrepreneurs and Web users, we oppose these bills because there are smart, targeted ways to shut down foreign rogue Web sites without asking American companies to censor the Internet,” a Google spokesperson said in an emailed statement.

“So tomorrow, we will be joining many other tech companies to highlight this issue on our US home page."

Google's specific plans remain unclear; the company declined to answer what, exactly, the company will say on its home page -- or for how long.

Google, like numerous other Web companies, opposes the legislation -- the Stop Online Piracy Act in the House and Protect-IP Act in the Senate. The bills, which take aim at “rogue” piracy sites, provide for court orders banning search engines from returning links to such sites. The bills also provide for orders prohibiting credit card companies and ad networks from doing business with piracy sites.

The measures originally contained provisions requiring Internet service providers to block domains of rogue sites, but those provisions seem likely to be dropped.

Movie studios and some other content owners say the law will help stem infringement, especially by companies that operate abroad. But Internet companies, Web engineers, digital rights advocates and others say the legislation won't curb piracy and poses significant threats to free speech.

Over the weekend, the Obama administration entered the controversy with a statement that it wouldn't support any bill “that reduces freedom of expression, increases cybersecurity risk, or undermines the dynamic, innovative global Internet.”

Opponents of SOPA and Protect-IP say that even without the provisions requiring ISPs to block sites, the bills could affect a wide range of sites in the U.S. Critics point to language in the bills that appear to impose new obligations on Web site operators to police their sites for material uploaded by users.

Opponents say that such policing requirements would make it difficult for companies to host user-created material. The Digital Millennium Copyright Act requires Web site operators to respond to takedown notices or risk copyright infringement liability, but doesn't require sites to proactively seek out and remove infringing material uploaded by users.

Opponents also say that even the portions of the bills that affect offshore sites could still have an impact on the U.S. by restricting people's rights to access those sites.

Numerous Web companies of all sizes are planning protests for Wednesday. The online encyclopedia Wikipedia plans to go dark for 24 hours, while Reddit and Internet Archive will go dark for 12 hours. Others plan campaigns that will direct users to contact their lawmakers.

The group NetCoalition -- which includes Google, Facebook, eBay and other tech companies -- also launched a print and radio ad campaign against the bills on Tuesday. Ads, running in newspapers like Politico andThe Hill, state that the legislation could “erase all the jobs that the Internet has created.”

The ads ask people to call their representatives and include a phone number for the Capitol Hill switchboard.

Despite the opposition, House Judiciary Committee Chairman Rep. Lamar Smith (R-Texas) said on Tuesday that the committee will continue its markup of the Stop Online Piracy Act next month. “I am committed to continuing to work with my colleagues in the House and Senate to send a bipartisan bill to the White House that saves American jobs and protects intellectual property,” he said in a statement.