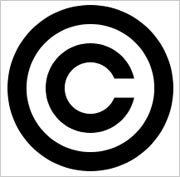 The startup ReDigi, which allows consumers to sell their unwanted "used" iTunes tracks, can continue operating for now, a judge ruled on Monday.

U.S. District Court Judge Richard Sullivan in New York rejected Capitol Records' request for a preliminary injunction, ruling that the company had not shown it would suffer "irreparable harm" if ReDigi continues to sell tracks while the case is pending. Instead, Sullivan said, Capitol can be compensated economically should it prevail at trial. "Monetary damages should take care of all of this," he said.

At the same time, Sullivan's ruling doesn't necessarily bode well for ReDigi. While the judge didn't rule on whether the company is legal, he also said that Capitol had shown a "likelihood" that it will eventually prevail.

Sullivan issued his ruling from the bench late Monday afternoon, after a two-hour hearing in which he peppered attorneys on both sides with questions. ReDigi, which stands for recycled digital media, says it enables consumers to resell digital music they purchased. The company says it scans users' hard drives for proof that the music was acquired legally, and then allows users to upload their tracks. ReDigi deletes the original from the users' hard drives, and then offers to sell the "used" version to other buyers.

The start-up says the legal principle of “first sale” allows consumers to resell digital tracks the same way they can resell physical CDs or vinyl records. Courts have generally said that consumers can resell products they have lawfully acquired. But Capitol says that ReDigi isn't allowing consumers to sell the same products they bought, but digital copies. Therefore, sales made through ReDigi aren't protected by the first sale principle, Capitol argues.

Despite commenting that Capitol might prevail, Sullivan indicated that he was troubled that copyright law -- which pre-dates the digital era -- might prevent users from reselling material they purchased. "Technology has created a windfall for [record companies] because they get to shut down a secondary market," Sullivan said at one point.

During the hearing, the judge pressed Capitol's lawyer, Richard Mandel, about whether users who had purchased iTunes tracks would ever be able to resell them. For instance, Sullivan asked, would he infringe copyright by selling an iPod that has songs on it?

No, Mandel responded. Sullivan could sell the iPod because it's a physical object. Why, then, would uploading tracks to the cloud and selling those infringe on copyright, the judge asked.

Mandel answered that doing so was comparable to photographing every page in a book, and then selling those photos. He also argued that ReDigi's business model leaves record labels vulnerable to widespread piracy because there is no way to know that users didn't make copies before uploading their tracks to ReDigi.

Sullivan later asked ReDigi's lawyer, Ray Beckerman, whether the company had any way of knowing whether users had made copies and transferred them to other devices. He acknowledged that the company does not. "ReDigi does not have superpowers to monitor the entire universe," Beckerman answered.