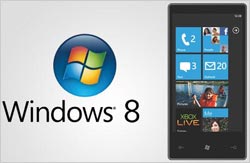 While Microsoft continues to bang its head against the cell phone market against Apple and Google, the relentless and deep-pocketed Redmond company is likely to find an ally in its next battle in the major carriers. Following Verizon’s quarterly earnings conference call last week, Verizon CFO Fran Shammo told Reuters the company was planning significant support for the fall launch of the Windows Phone 8.0 operating system.

Now that the iPhone and Android are present on all the major carriers, the war for market share needs new ammo. “We’re really looking at the Windows Phone 8.0 platform because that’s a differentiator,” she said.

The company is working with Microsoft on the launch, which should precede the holiday shopping season. Microsoft has worked closely with AT&T on the current iteration of the Windows Phone, but there is little to show for it. According to comScore metrics for the quarter ending in February, Microsoft’s iOS had only 3.9% of the smartphone OS market, down 1.3 points from just a few months prior. The trend is opposite what one would have expected, given Microsoft’s in-store and on-air push. Conventional wisdom appears to be hardening around the concept that this is a two-OS race now.

For a number of reasons, one can imagine why Verizon would get behind a third contender, even if the dark horse is being ridden by Microsoft. When it comes to the battle for the mobile content market, the carriers didn’t even bother to lose. They just never really showed up. They had no credible defense against the app and open Web juggernaut that Apple and Android created. And as players in mobile advertising, the inventory they used to command on feature phone “portals” is not there. They will need to find their margins elsewhere and on data plans that themselves will come under pricing and bandwidth pressures eventually.

Keeping multiple operating systems in open competition with one another will certainly help the carriers in a number of ways. The high price of iPhone subsidies keeps the profitability of those phones lower on Verizon even as the sales are brisk. Multiple players will maintain competition among them and give carriers pricing flexibility. My guess is that competitive pressure on subsidies will be more effective with Android OEMs than with Apple.

Still, if the merged Google and Motorola Mobility company really does start churning out high-end Android smartphones of their own as many expect, the carriers could have another Apple on their hands -– a company controlling much of the chain that wants to extract more revenue from the carriers too.

But can a third OS really make a dent in the market at this late point in the “early days,” regardless of the full-court marketing pitch? It seems unlikely, but we have already seen wireless goliaths like Nokia and RIM quickly lose relevance in this industry.