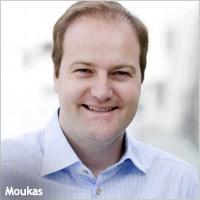 We don’t know who the client is or precisely what the deal entails, but Velti wants all of you to know that it is big. The mobile marketing platform provider announced yesterday that it has signed a two-year $27 million-dollar deal to provide its technology to “a major U.S. brand.”

There is some speculation from Jefferies analyst Peter Misek that the deal involved a wireless carrier, which would make sense. Velti specializes in customer management tools for retaining an engaged user base and increasing brand loyalty. The company uses data to predict future consumer behaviors and optimize mobile campaigns accordingly. No industry puts a higher premium on retention than the notoriously churning telecom industry.

A $27 million two-year deal represents a good share of business to Velti, since the company reported a Q2 revenue of $58.7 million. Only 24% of Velti revenue comes from advertising products, with 76% from mobile marketing, presumably including its consumer loyalty and retention products. Velti did tell us the  $27 million deal did not involve advertising at all. It is solely a program around customer engagement and loyalty.

Velti CEO Alex Moulas said in the company statement: “There is a massive opportunity for brands to engage with existing customers and build lifelong relationships. Using data to predict and optimize engagement is a vital step in executing the right strategy.” Moulas also said the contract adds to the public company’s maturation and emphasis on cash flow.

Regardless of the identity of the brand involved, Velti’s announcement is an indication of the kind of investment in mobile marketing that some companies are already willing to make. Since so much of the mobile marketing ecosystem involves platform plays that work best when the client data is integrated long-term with the systems, this sort of extended arrangement will become more common.

Misek is quoted in Bloomberg Businessweek predicting that the Velti deal initiates a pattern. “"We also believe this indicates the start of major brands selecting mobile marketing platforms for multi-year deals rather than just one-off marketing campaigns,” a brief stated. But the deal also underscores the value some brands are seeing in mobile, especially as a CRM tool.

In some ways it should not be surprising if the share of total ad and marketing spend on mobile ultimately does skew more to the latter than the former. The intimacy of the device lends itself to programs that have already secured the customer’s trust and then use highly personal channels to cultivate and deepen it. The significance of the deal is not just in how big a number it is, but the direction in which the money is headed.