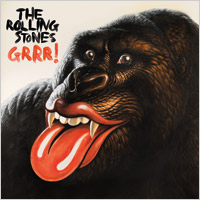 Augmented Reality (AR) gets its chance in the sun this year, and it has a distinct advantage over the previous video activation trend that preceded it.

AR developers can see how the purveyors of too many QR campaigns muddied the format’s reputation with bad code strategies (the QR in a subway meme) and worse follow-through experiences. “You mean I downloaded an app I never heard of, scanned a code while the rest of the mall thought I was an idiot aiming my camera at a wall, and all I got was a Web page?”

AR gets a mobile do-over, if its developers were paying attention. The good part about AR is that the immediate experience often can be engaging -- if only for a while. I was enthused by the sheer ambition of the new partnership among the Rolling Stones, ABKO Music, Universal Music and AR provider Aurasma. In advance of the Nov. 12 release of the Stones’ GRRR! Greatest Hits compilation, an AR campaign will be plastered across 3000 and more discrete locations around more than 50 cities.

They are planting the RS gorilla art of various kinds at the Empire State Building (the ape, get it?), Tokyo's Skytree, and London's Big Ben among the thousands of locations.

AR is all about cool visuals, so this campaign gets a head start by using the album art by Walton Ford. A gorilla with the iconic Stones lips follows the grand tradition of eye-catching Stones covers, recalling everything from Tattoo You to Warhol’s Sticky Fingers (I had the one with the original zipper) and Beggars Banquet.  Use the uView app on the image anywhere and the ape comes to life, growls and gains a 3D effect by swiping at you from the album cover. But then the experience segues into a lengthy montage of Stones clips and music walking you through their history.

To their credit, the partners here came up with a  two-tiered experience -- one that used AR to grab attention and continue the Stone’s branding for bleeding edginess and then one that delivered a genuinely good video for fans.

Until you hit the “pre-order button.” What the…?

In classic old-school QR fashion, and after a really strong AR/video combo, I get kicked over to an order site that is not even vaguely optimized for mobile. The pop-ups and drop-downs offer up microscopic text I am supposed to navigate to get to ordering. But it gets worse. Even if you decide to bail from the video, there is no way to stop it. I like the montage a lot, but I would also like to save it for later. This uView app is so cluttered with this silly branded business around people creating their own Aurasma “Auras” that it is bound to confuse someone who just wants their Rolling Stone experience. There isn’t even a history I could find to get me back to the Rolling Stone experience later.