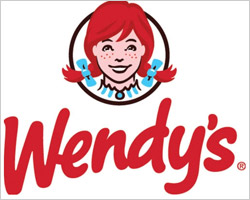 Starting in March, Wendy’s will introduce its first logo makeover since 1983.

The redesign, only the fifth since Wendy’s was launched in 1969, features an updated, more prominent cameo graphic of the iconic pigtailed Wendy’s character and a sleeker, more contemporary script font.

But the chain took care not to go too far with the new design -- its signature red color, as well as the “wave” motif created by the flow of the letters in its name, have been preserved, for example.

"Our refreshed logo signals the innovation and fresh thinking taking place at Wendy's, while reinforcing that we are staying true to our values as a distinct and beloved brand," summed up CMO Craig Bahner, in announcing the change.

The new logo, designed by San Francisco-based firm Tesser, is the latest sign of the QSR’s ambitious and notably successful transformation efforts over the past year, since Emil Brolick became CEO.

Brolick’s vision of positioning Wendy’s as “a cut above” has driven fundamental changes that have already moved the chain out of its longtime third-runner rut to surpass Burger King as the second-largest burger chain (its 2011 sales were $8.5 billion, versus BK’s $8.4 billion, according to Technomic). As of its latest quarter ended July 1, the chain’s company-operated restaurants have seen five consecutive quarters of positive same-store sales.

At the same time, Wendy’s has been making major investments in “ultra-modern” restaurant rebuilds and remodels -- what it terms its “image activation” restaurants. By year-end, 75 locations will have been redesigned with features including lounge seating, fireplaces, flat-screen TVs, Wi-Fi and digital menu boards. The remodeling pace is being accelerated for 2013 and 2014, with plans to have converted half of the company-owned Wendy’s locations by the end of 2015. In addition, Wendy’s is providing a total of up to $10 million in incentives to franchisees to re-image their restaurants in 2013.

The company reports that remodeled locations are so far seeing sales gains averaging more than 25%.

Wendy’s has supported these initiatives with new and more aggressive marketing and branding.

In addition to revamped signage and packaging that now prominently features its “Quality is our recipe” logo, the chain this past spring introduced a new advertising campaign with two different, complementary creative approaches.

Some of its TV spots now feature Wendy Thomas, the company’s namesake and daughter of founder Dave Thomas, speaking about Wendy’s’ values and tradition of quality. The other TV spots feature a young, redheaded woman who engages consumers in humorous fashion, presenting signature menu items and demonstrating how they can enhance their lives by eating at Wendy’s.

According to Wendy’s, independent research shows that its ad awareness rose by eight points in the first five months of the campaign.

Digital marketing has also been on the front burner. Nation’s Restaurant News ranked Wendy’s #2 nationwide in its Restaurant Social Media Index. Wendy’s currently has nearly 2.58 million Facebook “likes,” and nearly 126,000 Twitter followers. The chain recently introduced a mobile nutrition app that lets customers personalize meals based on a specified number of calories, and says that it has more app innovations in the works.

In addition to sales gains, the company boasts other evidence that its emphasis on improving the overall customer experience has paid off. Wendy’s won top ranking for customer satisfaction among burger chains in the “limited service” category in the University of Michigan’s American Customer Satisfaction Index survey; was rated top overall “mega chain” in the 2012 Zagat Survey; and ranked #1 in speed of service in the 2012 QSR Drive-Thru Survey.