Cooking Up The Case For Mobile 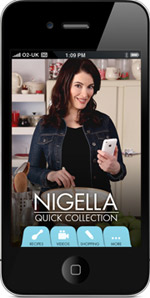 There simply is no room in my kitchen for me, my wife and her enormous laptop. But there we are, the three of us, often juggling table space as she jets from stove to laptop, following a recipe she just found online.

“You have an iPhone,” I protest. “You know that for many of these foodie sites you follow almost half of their traffic is now coming from devices?” AllRecipes.com recently told me that 40% of monthly uniques are on a smartphone now, and 10% of traffic to their main Web site is from a tablet.

She is having none of it. That laptop has been a fixture during mealtimes in the kitchen for years. Habit trumps convenience every time. Migrating her to mobile is going to take a while. I am still trying to get her to check her text messages.

“Why are we paying for a second iPhone each month?” I ask.

“Why indeed?” she snorts as she body slams me away from the stove in order to stir the veggie concoction. “Do you really want me to drop a $200 phone into the Quinoa Pilaf?”

I am guessing this happens more than we know. In fact, the kitchen use case for mobile is clearly being seen by the foodie sites, and it is being built into the designs of most smart apps. But the importance of in-kitchen mobile use does not seem as public or well documented as all of the attention being given to the living second screen. That is odd, considering how tightly the kitchen location is tied to specific product consumption. This is the place where shopping lists are made, where recipes are planned, and where the most immediate shopping needs are discovered.

Hardware devices are being designed to prop up devices in the kitchen. I have seen people revive old techniques for protecting treasured recipe books in the kitchen, such as placing plastic wrap over the book as you cook. I have seen this done on phones and tablets by some chefs.

All of this comes to mind because AKQA just issued a new Nigella Lawson “Nigella Quick Collection” for iOS. The agency has been working with the British food celeb for years on these sorts of apps, and they pioneered a voice-control system that impressed me years ago. Because page-turning with food-encrusted fingers is such an issue for most recipe-followers, the app responds to voice commands within the recipe mode to advance steps. I have seen other apps play with layouts in order to minimize touch interaction during the most critical stages of cooking. It is a fascinating design problem. This is a great genre for any developer to consult, because the apps are designed around very specific use cases and pre-existing habits (cooking, list-making, coupon-gathering, shopping) that demand efficiency.

But the importance of the kitchen to the mobile marketing economy, I suspect, is too little covered. I have not seen the kind of in depth metrics around kitchen use of mobile devices that I see for TV second screening. In the kitchen scenarios, smartphones or tablets are likely the only screen, and arguably more directly connected to persistent product buying than any other scenario.

“Watch where you slosh around that coffee,” my wife blurts. You will get it into my keyboard. Out! I can’t move around in here with you here.” There literally is not enough room for the three of us. I have been evicted in favor of a laptop. The transition may take a little longer in my house than in yours.

mobile
1 comment about "Cooking Up The Case For Mobile ".
Check to receive email when comments are posted.
Next story loading