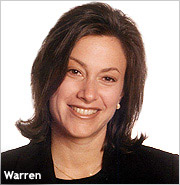 Along with lower national display and real estate classified ad revenues, executives blamed revenue declines on a bland economy, and the rise of programmatic ad buying, which is putting pressure on premium pricing models.

“Programmatic buying is driving prices down,” Denise Warren, SVP and chief advertising officer at The New York Times Media Group and general manager of NYTimes.com, said during a call with investors on Thursday.

Pressed by investors about the degree to which programmatic buying -- via ad exchanges, agency trading desks, demand-side platforms, and supply-side platforms -- was hurting business, Warren would only say that the negative impact is real and growing.

As for specific ad categories, Warren said luxury, automotive and transportation from airlines were all performing well, while financial, entertainment, department stores and real estate advertising were down in the third quarter.

Digital ad revenues as a percentage of total company ad revenues were 23.6% for the first nine months of the year.

Early in the fourth quarter of 2012, The Times Co completed the sale of the About Group for $300 million, plus a working capital adjustment.

“This sale will allow us to enhance our focus on our core business of generating and distributing high-quality journalism,” stated Arthur Sulzberger, Jr., chairman and CEO of The New York Times Co.

In early October, the company’s interest in Indeed.com was sold for approximately $167 million as a result of the sale of that company.

Paid subscribers to The New York Times and the International Herald Tribune digital subscription packages, e-readers and replica editions totaled approximately 566,000 at the end of the third quarter -- an increase of 11% to about 57,000 subscribers.

Paid digital subscribers to BostonGlobe.com and The Boston Globe’s e-readers and replica editions totaled approximately 26,000 at the end of the third quarter -– up 13% or about 3,000 subscribers.