Yo, Desktop! We Never Liked You That Much, Anyway: PC Exodus Quickens 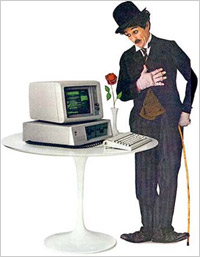 The mobile platform is quickly earning the status of "first screens," as several metrics released today show just how fast and furious the migration to device-based interactivity has become. In its quarterly report on paid search, The Search Agency found that among its clients and their campaigns, smartphone click traffic increased 105% between Q3 2011 and Q3 2012.

For some product categories that means mobile is already a formidable part of their search impact. In the consumer goods category in particular, the share of mobile and tablet clicks rose from only 4.9% in the year-ago period to 21.1%, up 331%. In consumer services, the mobile share of search ad clicks was up 117%. In entertainment and media the share was up 132%.

Mobile search ad rates are also on the rise. The consumer services category saw CPCs increase 19.3% in the last year. Overall smartphone CPCs were up 13%, the Search Agency finds.

Traffic from tablet devices is leading growth with a 339% increase YoY.

While eyeballs and clicks may be migrating to mobile platforms, the CPC rates of desktop are not. The ad rates on mobile still represent a 48.9% discount from computers in Q3 2012, unchanged from a year ago although up 24% from the previous quarter.

The Search Agency data is from the company’s ‘State of Paid Search’ report and reflects its own client data across seven key industry categories.

Underscoring the mobile migration story, IDC also issues a report this week arguing that the number of people in the U.S. accessing the Internet from PC will decrease in coming years. The 240 million consumers currently using desktop and laptop PCs to go online will shrink to 225 million by 2016, they contend. In 2015, the tipping point will be reached where more people will come to the Internet through a device than through a traditional PC.

IDC says that the other worldwide major markets such as Europe and Japan will be about two years behind the U.S. in this massive migration to devices. The company says that mobile is now starting to displace PC usage. As a result, IDC projects that worldwide mobile advertising will quintuple to $28.8 billion in 2016. M-commerce will grow six times to $223 billion.

In supporting IDC’s bold predictions, analyst and VP Karsten Weide echoes a point we have been arguing in these pages for over a year: no one really liked the desktop to begin with. “The great PC Exodus on the Internet is happening because the PC was never truly a consumer product,” he says in the report. “Many consumers use them because there was no better alternative.”

Yeah -- what he said. Let’s remember how the original PC was sold to us -- as a business machine. Marketers may have tried to put an evening dress or cleats on this gadget. But everything from the software to the OS to the browser always felt a lot more productive than entertaining and enjoyable. The rush to device is moving at such a pace because most of us wanted interactivity to move off the desktop as quickly as it could and onto platforms that were just more convenient, personal, and fun than the PC.

mobile
4 comments about "Yo, Desktop! We Never Liked You That Much, Anyway: PC Exodus Quickens".
Check to receive email when comments are posted.
Read more comments >
Next story loading