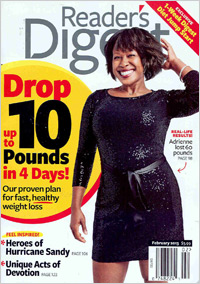 According to RDA, the company has already obtained the consent of over 70% of its secured note-holders to convert approximately $465 million of debt into equity in the company, thus giving creditors a stake in the company in exchange for wiping out debt.

The court process, which RDA expects to take less than six months, will restructure its U.S. organization and reduce overall debt by around 80%, leaving it with $100 million in debt when it exits bankruptcy protection. RDA said it is also securing $105 million in new “debtor-in-possession” financing from secured note-holders, which should allow the company to pay off the remainder of its bank debt.

The bankruptcy process isn’t expected to impact any of RDA’s ongoing operations in the U.S. or abroad, including magazine and book publishing.

RDA previously entered Chapter 11 bankruptcy protection in August 2009, seeking to reduce its debt from about $2.2 billion to about $550 million through negotiations with creditors. Much of that debt had been assumed as part of a $2.8 billion deal to take the company private engineered by Ripplewood Holdings, LLC.

New owners took control of the company following its exit from bankruptcy in 2011, and quickly moved to shake up its management team and media portfolio with the sale of Every Day with Rachael Ray and food Web site AllRecipes.com to Meredith Corp.

At the time, RDA said it was selling Every Day With Rachael Ray because its ability to expand the brand was limited by its agreement with Rachael Ray herself. Going forward, RDA said it would focus on its “owned and operated master brands,” including Reader's Digest, Taste of Home and The Family Handyman, which hold the most potential for future cross-platform expansion.