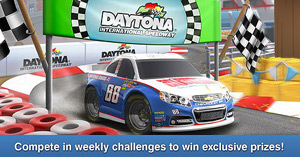 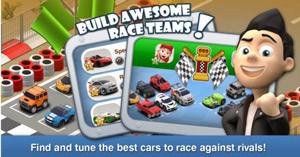 At first glance Car Town Streets appears to be geared more towards a younger audience as its graphics are cartoonish, which is strange as it is a branded game for Nitto Tires in which children are obviously not the target market.  However, once the user delves into the game further they will realize it is an immersive gameplay experience that is designed for a (somewhat) more mature audience.   The game itself is expansive compared to other games in this category as the goal is not just to win races or get from point A to point B, but to rebuild the town from scratch as well as upgrade your vehicles.  Nitto Tires branding could be more prevalent within the app, but at the same time the fact that it feels like a strong, well-developed app that features Nitto Tires comes across better than just placing their logo on every single screen.