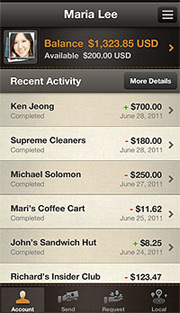 The race to dominate the m-commerce landscape continues apace this week as mobile appears to be on everyone’s mind at the SXSW Festival and announcements continue to pour from the solutions providers attending. One of the more interesting is from eBay-owned PayPal, which is launching a mobile SDK for developers that integrates the PayPal pay button easily into apps and mobile Web sites. The move, which almost seems a bit long in coming, gives developers access to 123 million PayPal account holders.

PayPal CTO James Barrese says in the blog announcement that the SDK allows the customer to make a payment with a tap of the PayPal button and without having to leave the app itself to confirm. They also can allow payments by photo, capturing credit card information using the company’s recently acquired card.io technology, which has been available in the PayPal Go payment app itself.

The SDK is available first for iOS apps, with plans to expand to other platforms soon. The JavaScript PayPal buttons involve pasting in only five lines of code.

PayPal has been aggressive in trying to get its digital payment brand onto handsets and into retail outlets in advance of other m-payments technologies like ISIS that are still in trial versions. Late last year, the company reported that mobile payments made on its system during Cyber Monday alone were up 196% over the same day in 2011. PayPal claims it is available already as a payment option in 17,000 location, including Home Depot, Jamba Juice and Abercrombie & Fitch. It also recently penned a deal with the Discover card to help PayPal move into 7 million more retail locations this year.