OpenCo Opens To Other Cities: Coming To NYC, Others Too 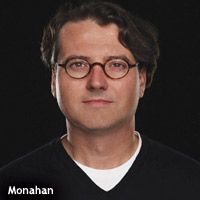 OpenCo is opening up. The initiative, with a week of open houses traversing the start-ups -- and start-up neighborhoods -- in San Francisco last fall, is coming to New York during Internet Week in May, and will then go on a road show to London (June 6 & 7) and Detroit (Sept. 12 & 13), before returning to San Francisco (Oct. 9 & 11), the home base of Battelle Media, and Brian Monahan, managing partner of Interpublic’s Mediabrands’ Magna Global unit, who is collaborating with John Battelle on the initiative.
“After San Francisco, we felt the next logical place was New York,” Monahan tells Online Media Daily, noting: “Clearly, there is something happening in New York now, because there’s an explosion of start-up activity.”
Like its seminal San Francisco event, OpenCo NY will begin with a “plenary session” featuring prominent speakers discussing the essence of what makes New York City’s open culture so unique from other markets, followed by two days (May 23 & 24) featuring a series of open houses hosted by a diverse mix of digital start-ups.”
“They will talk about how they are changing the universe, what their product is, and what economic lessons they have learned from the digital economy,” says Monahan, adding that the common thread is the underlying “power of open platforms.”
As with San Francisco, Monahan says OpenCo NY will be broken down into tracks divided by themes and neighborhoods. Themes will include subjects such as “big data,” education and manufacturing and maker technologies.
“There will be a Brooklyn track and a Union Square experience,” Monahan says, adding that what makes New York different from other markets is that it is headquarters to so many innovative industries -- at least eight -- ranging from fashion to finance, and of course, media and advertising.
Other cities in the OpenCo road shows will also emphasize the industrial cultures that make them special.
“In Detroit, it’s urban agriculture, food and manufacturing. In London, it’s fashion. Each city will be different,” says Monahan.
Noticeable by its absence on OpenCo’s road show calendar is Boston, which until recently had been America’s No. 2 digital start-up community, although it now trails New York, which is second to San Francisco.
“That’s a good question,” says Monahan, adding: “The answer is we will be going to Boston in the future.”
One of the problems with Boston’s start-up community, he says, is that much of it centers around the medical industry, which doesn’t always have the most open culture, due to heavy regulations.
Meanwhile, the list of companies lining up to open their doors at OpenCo NY includes: AOL, AppNexus, Betaworks, Bloomberg, Business Insider, Buzzfeed, Estee Lauder Online, Etsy, Fab.com, Foursquare, General Assembly, Kickstarter, Lerer Ventures, Local Response, Pave, PolicyMic, Rap Genius, Rebelmouse, Thrillist, Warby Parker, ZocDoc.
To support the overall OpenCo initiative, an Indiegogo campaign launches today to help cover fixed costs related to event logistics.