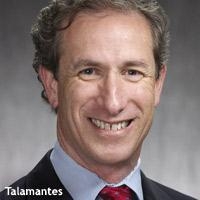 The circulation revenue growth resulted from the introduction of online paywalls for most McClatchy newspaper Web sites over the last year.

National was a bright spot on the balance sheet, increasing 8.7% from $15.2 million to $16.5 million. On the other hand digital advertising revenue was flat at $50 million. McClatchy CEO Pat Talamantes noted that Mother’s Day and Memorial Day advertising were also down in 2013 compared to 2012.

Looking ahead, Talamantes said the company expects its digital subscription initiative to generate $25 million in new revenues. The company is also benefiting from a new direct-marketing push, which accounted for 15% of total ad revenues in the second quarter.

McClatchy has newspapers across the U.S., including The Miami Herald, Sacramento Bee, Kansas City Star and Charlotte Observer