NBC's 'The Blacklist' Has Everyone Talking About Live+7 Ratings 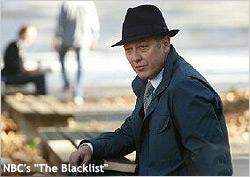 NBC’s “The Blacklist” isn't just a ratings winner or a critical success. It is also the first television series to perpetually push Live+7 audience measurement to the forefront of program evaluation by the press and other related businesses.

Live+7 has been around for years, but you wouldn’t know it from the way ratings are reported by the traditional media. For them it’s still all about the overnights, or at least it has been until the last few weeks, when “The Blacklist” -- arguably the hottest new series of the season -- began setting records for extended audience measurement. All of a sudden the show’s performance in Live+7 is being talked about everywhere -- and not simply as an afterthought in traditional ratings columns, as has been the case with that particular measurement for some time now.

How long will it be before reporting on ratings for all shows follows suit and Live+7 results are commonly understood to be the numbers that matter most? That would certainly be more in line with the way most people are watching television, especially those in the 18-34 and 18-49 demographic groups and younger.

This sudden shift in awareness of something that has been around for a while takes me back to the very early Nineties -- 1991, I believe -- when NBC called a press conference at 30 Rock specifically to declare that as a network it was no longer interested in total audience or household measurement. Going forward, NBC executives explained, the only audience that would matter to them was the 18-49 demographic.

Certainly, that demo had been of critical concern to the networks prior to that time. It had long been ABC’s sweet spot, extending all the way back at least through the Seventies. Fox had in the late Eighties come charging out of the gate with a fierce focus on younger viewers.

But there was something game-changing about what NBC did at that press conference, perhaps because newspapers and trade publications gave so much attention to it in the days and weeks that followed. Almost overnight it became the norm for reporters who wrote about television to actively factor 18-49 ratings results into their stories -- which didn’t help CBS much at the time, but made NBC and ABC look much stronger even when their overall numbers were in decline.

Now we have the intense media coverage surrounding the performance of “The Blacklist” throughout the weeks that follow the arrival of each new episode. I think the major reason the show is being written about and buzzed about so thoughtfully is that it has emerged as the outstanding new broadcast series of the fall season. As such, it would already be a big success even if there were no Live+7 reporting, because it is winning its time period in every way that matters on Monday nights.

Let’s pause here for a moment to let this sink in. The hottest new scripted series of the fall season-to-date -- one that is making history in Live+7 measurement and contributing to a shift in the way program performance is reported -- is an hour drama on NBC. Who could have imagined?

Anyway, word from NBC this week is that the Live+7-day numbers for the October 7 episode of “The Blacklist” resulted in the second-biggest Live+7 “lift” among total viewers in broadcast history. (That would be the addition of 5.720 million people to the October 7 live-plus-same-day total.) This Live+7 performance was topped only by that for the previous episode of “The Blacklist” on September 30 (which added 6.504 million to its live-plus-same-day total.)

The October 7 episode of “The Blacklist” also fared well among adults 18-49 in Live+7 results, pumping those numbers from a 3.09 in live-plus-same-day to a 4.98 in Live+7. Last I heard NBC hadn’t changed its stance on the overall importance of the 18-49 audience.

“The Blacklist” currently sits on a short list of new fall shows on the broadcast networks that have commanded attention right from the start. The others are CBS’ “The Crazy Ones,” ABC’s “Marvels Agents of S.H.I.E.L.D.” and Fox’s “Sleepy Hollow.” Somehow, though, those shows don’t seem to be generating quite as much excitement week by week as “The Blacklist.” As I noted in last Tuesday’s column, there are many reasons for this -- chief among them the boldness of the storytelling and the mesmerizing performance by James Spader as murderous master criminal Raymond “Red” Reddington, a character who would be outstanding as a vile villain on any other series, but is here positioned as someone the audience is made to root for even though he’s a bad guy.

Each episode of “The Blacklist” is a fascinating mind game on both sides of the screen, for characters and viewers alike. How can it lose?

tv
2 comments about "NBC's 'The Blacklist' Has Everyone Talking About Live+7 Ratings ".
Check to receive email when comments are posted.
Read more comments >
Next story loading