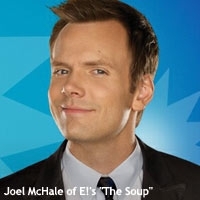 As we careen into 2014 with dozens of new and returning shows suddenly crowding network schedules and many more set to debut in late February after NBC concludes its coverage of the 2014 Winter Olympic Games, let's take the opportunity this week to look back on the best of last year, beginning with my annual Alternate Ten Best list. Later in the week I’ll offer a more formal list of the year's very best.

Here are shows that really made a difference in 2013, even if most critics didn't single them out as the year's top choices. Every one of them will be with us in 2014, and they all deserve ongoing attention.

“House Hunters” and “House Hunters International” (HGTV) – “House Hunters” and “House Hunters International” are arguably the most popular shows on television. Seriously -- you can't walk down the block without bumping into someone who watches one or both of them with borderline-obsessive interest. If nothing else, they are perfect relaxation options after long days dealing with one's boss or chasing one's kids. The money being spent and the homes being scrutinized may be the stuff of real estate fantasy for most of us -- how many people do you know who are able to drop hundreds of thousands of dollars on weekend getaway homes in London or Ravello? But as harmless diversions go, these two shows are unparalleled in their effortless escapist appeal. Ask around. Someone you know watches them … all the time.

Almost Everything on HGTV and The Food Network – Come to think of it, why even bother picking out specific shows on either network? People don't watch just one. More than any other networks on the increasingly overloaded cable box, HGTV and Food Network are the very definition of wallpaper TV. Viewers don't just watch a show or two -- they leave these networks on all the time and enjoy whatever they find whenever they look toward their screens. They don't simply define or shape lifestyles -- they are lifestyles, and as such they are unequaled in their value as platforms for advertisers.

“Tosh.0” (Comedy Central) – For the third consecutive year I’m choosing as TV’s Funniest Show the consistently side-splitting “Tosh.0.” It is frequently also TV's Most Disgusting Show, but that seems to be part of the fun -- especially for the legions of kids who can't get enough of it. (From where I sit, the adult content in this show should make it off limits to children, but that seems to be an argument I lost years ago.) When it gets too gross, which is much of the time, much of the blame can be placed on the content of Internet videos that Daniel Tosh and his team happily showcase in a variety of ways. Why do people record this stuff? Why do they put it on the Web? Is this what Oprah is talking about when she asserts that all people really want is to be seen and/or heard? I'm not sure I want to know the answer. I hope Tosh continues to do his thing for years to come, because people in general are only going to become weirder as digital technology continues to overtake their lives.

“Fashion Police” and “The Soup” (E!) -- I can't say I'm a big fan of most of the shows offered on The Kardashian Network, but I'm still hooked on both of these. Kudos to Joan Rivers for being more consistently funny than most comedians one-third her age and to “Community” star Joel McHale for having the wisdom to stick with his riotously funny basic cable clip show even after he landed a gig on a network sitcom (one that has sadly overstayed its welcome).

“Banshee”/ “Vikings”/ “Bates Motel” (Cinemax/History/A&E) – I have lumped these three scripted series together on my Alternate Top Ten list because even though they never stood a chance of ending up in many (if any) true Best of 2013 columns, they were exceedingly entertaining originals unlike anything else on television. Watching “Banshee” is like taking a weekly time-travel trip to the local drive-in movie, at which it would likely play as the second flick in a C-movie triple-feature. It is chock full of unapologetic sex, violence and nudity, delivered by one of the most ferociously fit casts in television. “Vikings” is a much more noble effort -- one that impresses simply by the fact that exists. (Who ever thought a scripted series about Vikings would offer such compelling human drama? And who could have imagined that it would be a hit? This is High-Risk TV, as was History's mini-series “The Bible,” which dared to address the interest that millions of people in this country have in programming with religious themes.) The creepy and funky “Bates Motel” is a bit of a mess creatively speaking, but it took flight with two of the best performances on television this year -- Vera Farmiga as dark and twisty hotel owner and mother from hell Norma Bates and Freddie Highmore as her sorrowful son Norman.

tv
2 comments about "'House Hunters,' 'Tosh.0,' 'The Soup': A Top Ten List For 2013 That You Didn't See Anywhere Else - Part 1".
Check to receive email when comments are posted.
Read more comments >
Next story loading