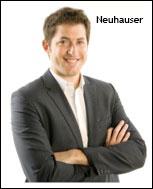 Northwestern University professor Alok Choudhary founded his company, now called 4C, with the vision of taking publicly available social data and making it useful for marketers. He accomplished that feat and has now helped turn that Big Data into something even more: big money.

4C announced today it has raised $5 million in a Series B round of funding from Jump Capital. Per a release, 4C will use the money to build out its measurement and advertising platform, launch new initiatives for the television industry and expand overseas.

Lance Neuhauser, CEO of 4C, stated that Jump Capital has “tremendous vision regarding how social media and Big Data can comingle,” which makes them an ideal investor. “We anticipate a long relationship with Jump Capital,” he added.

4C sprung up in 2013 from a merger between Voxsup and The Echo System. Voxsup was influenced by Choudhary’s research at Northwestern, and is where he began mining publicly available social data using algorithms.

Neuhauser was formerly CEO of The Echo System. Choudhary serves as the company’s chairman and chief scientist. VivaKi is named in the release as a 4C partner.