'The Big Bang Theory,' 'Modern Family,' 'Mom' And Others Prove The State Of The Sitcom Isn't So Bad After All 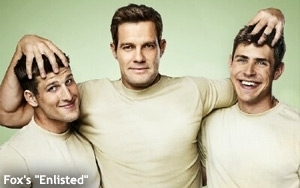 One of the big stories during the 2013-14 “traditional” broadcast season has been the uncertain future (or “death” in some circles) of the network sitcom. I have to wonder what all the hand-wringing is about.

Yes -- sitcoms aren't ratcheting up the kind of ratings they used to, but when looking over the broadcast landscape, nothing else is either, except for certain big-ticket events like the Super Bowl. Overnight numbers for most broadcast series look absolutely anemic to those of us who have been working in or otherwise attached to the television business since the Eighties, or in my case, the early Nineties. Even then, journalists were pontificating about the precipitous declines in broadcast audiences. Back then it was the network drama series that seemed destined for extinction, until ABC's “NYPD Blue” came along and dared to treat its adult audience like grown-ups, and NBC's “ER” came along and dared to re-imagine what a broadcast drama could look like.

The sitcom had an easier time of it then, with such successes as CBS’ “Murphy Brown” and “Designing Women”; ABC's “Roseanne” and “Home Improvement”; NBC’s “Seinfeld,” “Friends,” “Cheers” and “Frasier,” and even Fox’s “Married … With Children.” And yet, as the Nineties progressed, stories about the sorry state of situation comedies began taking shape as well.

Twenty years later the same thing is happening, although maybe not. Most of the tales of sitcom turmoil fail to take into account the strength many of them exhibit in Live+ 3 Day and Live+ 7 Day viewing, as well as VOD and aftermath streaming, features that weren’t around during the “good old days.” Even with all of these numbers combined, few if any current comedies are performing as well as “Seinfeld” and “Friends” at their peaks. But, again, that is simply the new reality of broadcast in particular and television in general.

Besides, CBS’ “The Big Bang Theory” and ABC's “Modern Family” and “The Middle” are going to prove just as enduringly popular as most of the comedies mentioned above. There is nothing funnier on television right now than these three shows -- and Fox's criminally under-viewed “Raising Hope,” perhaps the most consistently outrageous sitcom on television, and always one of the smartest.

Ratings aside, a look at broadcast comedies from the creative side reveals that this hasn’t been such a bad season after all. Consider CBS: When was the last time a network successfully launched three new situation comedies that have performed as well as should be expected in their environment? “The Millers,” “The Crazy Ones” and “Mom” may not be perfect television shows, but each one has delivered on its promise.

Indeed, I think “Mom” is now by far the best new comedy of the season, one that improves every week. Alison Janney and Anna Faris are in top form on this show -- who knew Janney had such finely tuned comic chops? The supporting and recurring players around them have converged into one of television's best comic ensembles. (Mimi Kennedy deserves recognition at Emmy time for her refined, respectful and gently comic portrayal of an alcoholic in recovery who is currently fighting breast cancer.)

Meanwhile, “The Crazy Ones” has improved every week, as each of the supporting players around him has slowly risen to near the comic level sustained by series lead Robin Williams. Watching Sarah Michele Gellar develop her character (along with her comic timing) in recent months has been a complete joy. In terms of pacing and delivery “Crazy Ones” is in many ways a new kind of sitcom. I would expect nothing less from David E. Kelley. Watching “Crazy Ones” sometimes feels like watching only the funny segments of his much-missed comedy-drama hybrid “Boston Legal.” Might William Shatner make a guest appearance on it?

“The Millers” has its strong points too, not least of which are Margo Martindale and Beau Bridges, two of the busiest (and funniest) actors working in television. Somehow, JB Smoove manages to steal every scene he’s in.

ABC hasn’t scored the way CBS has, but it seems to have two new comedies that will be around a while in “The Goldbergs” and “Trophy Wife.” I don’t care for either show, but I respect the opinions of those who do, so I’m willing to lend my support and hope for eventual improvement. What I don’t understand is why ABC hasn’t put them together with “The Middle” and “Modern Family” to build a formidable block of family comedies.

Fox, meanwhile, has new critical favorites in recent Golden Globe winner “Brooklyn Nine-Nine” and the sadly struggling “Enlisted.” I wish I could say I laugh more often than I do while watching “Brooklyn,” which won’t blossom into a big success until the impact of its writing matches the appeal of its cast. Still, it’s not a show to knock or to knock down. “Enlisted” is one of the best new series of the season, a charmer that is unafraid to be gently humorous rather than crazy funny, and that (like “Mom”) can suddenly pull at the heartstrings without warning. It has sensational three-way chemistry between Geoff Stults, Parker Young and Chris Lowell as three brothers serving on a military base in Florida, and it nicely reminds viewers (without ever being preachy) that thousands of American men and women are still putting their lives on the line every single day to protect the rest of us. For that reason alone, “Enlisted” deserves a good long run.

Sadly, NBC hasn’t fared very well in the comedy department this year, largely because it continues to develop niche comedies designed to appeal to the staffs of consumer entertainment and television magazines and a handful of like-minded bloggers. I often think more people pass through my local shopping mall on a busy weekend than watch comedy series on NBC. Going forward, the network simply must try harder to reach farther.

But to end on a positive note, NBC later this month will premiere “About a Boy,” one of the sweetest shows I have seen on any network in a very long time. It’s not laugh-out-loud funny -- and as such it won’t provide the great big comedy boost NBC is so desperately seeking -- but it’s a high quality and deeply satisfying show. There ought to be places for series like this one on every network’s schedule.

tv
1 comment about "'The Big Bang Theory,' 'Modern Family,' 'Mom' And Others Prove The State Of The Sitcom Isn't So Bad After All ".
Check to receive email when comments are posted.
Next story loading