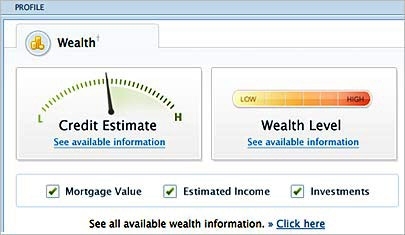 In an opinion issued on Tuesday, the 9th Circuit Court of Appeals ruled that Virginia resident Thomas Robins can proceed with his claims that Spokeo sold information about people without allowing them to correct mistakes. The ruling reverses a 2011 decision issued by U.S. District Court Judge Otis Wright II in the Central District of California. He dismissed the lawsuit on the grounds that Robins lacked “standing” to proceed because he couldn't point to any tangible injury caused by Spokeo's information.

The 9th Circuit said in its ruling that Robins didn't have to show economic harm to proceed with the case, given that the Fair Credit Reporting Act provides for private lawsuits by consumers. “The statutory cause of action does not require a showing of actual harm when a plaintiff sues for willful violations,” the court wrote.

Robins alleged that incorrect data on Spokeo harmed his job prospects. He said in his original lawsuit that Spokeo inaccurately reported his age, marital status and field of employment.

Robins wasn't the only one to criticize Spokeo. The Federal Trade Commission also accused the company with violating the Fair Credit Reporting Act, after the digital rights group Center for Democracy and Technology filed a complaint about the company.

Spokeo settled those charges in 2012 by agreeing to pay $800,000 and also promising to comply with the consumer protection law in the future. The FTC alleged that Spokeo sold information about job applicants to prospective employers, without first taking steps to ensure the data's accuracy.

Justin Brookman, director of consumer privacy for the Center for Democracy and Technology, says the appellate opinion reviving Robins' lawsuit isn't surprising, given other rulings by that court. He adds that the 9th Circuit has ruled in other cases that people have the right to sue a company that allegedly violates a statute -- even without showing they suffered an injury. “There's been a consistent trend of cases in the 9th Circuit recognizing a broad presumption ... standing where there's been a violation of statutorily-created rights,” he says in an email to Online Media Daily.
>
ftc, legal, privacy, web sites
Next story loading