According to PointRoll, a total of 60.4% of online ads were viewable in 2013. That's a slightly more optimistic figure than the oft-cited 50% rate.

The data comes from PointRoll's Benchmarks Report 2013. The Gannett company looked at over 100 billion ad impressions from various ad exchanges and measured the viewability of each using its own technology. They followed the IAB standards for measuring viewability, but did not reveal which ad exchanges were used for the study or the proportions.

The full report, including data on the performance of certain ad types, formats and sizes, can be found here. 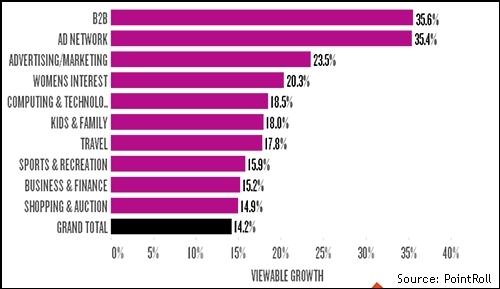 viewability
2 comments about "Over 60% Of Online Ads Were Viewable In 2013".
Check to receive email when comments are posted.
Read more comments >
Next story loading