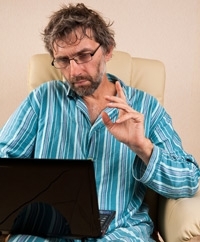 Blogs devoted to disseminating information to the public are entitled to the same rights in libel cases as mainstream media companies, a Florida appellate court has ruled.

The dispute stems from a highly publicized incident in 2008, when Comins shot and wounded two dogs that had cornered cattle in a pasture. The facts were somewhat murky: Some observers thought the dogs wanted to play, while other people thought they were wolves who intended to attack, according to the court's opinion.

VanVoorhis's post about the shootings, entitled “Christopher Comins: Barbarian Hillbilly Dog-Assassin,” was obviously critical of Comins. The post also drew outraged comments, some of which Comins interpreted as threats.

Several months after the post appeared, Comins sued VanVoorhis for libel on the theory that he distorted the facts. VanVoorhis successfully argued the case shouldn't proceed because he didn't receive notification about the allegedly libelous statements five days in advance of the lawsuit. A Florida law provides that anyone who brings a defamation case stemming from statements in newspapers, periodicals or “other medium” must provide advance notice.

Comins countered that VanVoorhis's blog wasn't the type of medium that was covered by the law.

A trial judge in Orange County sided with VanVoorhis and dismissed his case. Comins then asked an appellate court to revive the lawsuit.

The appellate court refused to do so, ruling that VanVoorhis should be considered a member of the media. But the judges also said that not all bloggers will be entitled to same protections as newspapers and other traditional media organizations.

“It is hard to dispute that the advent of the Internet as a medium and the emergence of the blog as a means of free dissemination of news and public comment have been transformative,” the court wrote. “In employing the word 'blog,' we consider a site operated by a single individual or a small group that has primarily an information purpose... In that sense, it appears clear that many blogs and bloggers will fall within the broad reach of 'media,' and will qualify as a 'media defendant' for purposes of Florida's defamation law.”