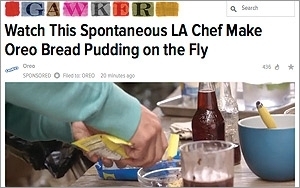 In a victory for Gawker, a federal judge has dismissed Quentin Tarantino's lawsuit accusing the publisher of infringing his copyright by pointing people to a site where they could read his screenplay for “The Hateful Eight.”

U.S. District Court Judge John Walter in Los Angeles ruled on Wednesday that Tarantino couldn't proceed because he didn't allege that Gawker's post resulted in copyright infringement. Walter said that Tarantino can attempt to refile the complaint, but imposed a May 1 deadline.

The lawsuit stems from an incident earlier this year, when Tarantino discovered that his script had been leaked. The writer-director told media outlets that he had decided against directing the film, due to the leak. Soon afterward, copies of the screenplay appeared on AnonFiles.com and Scribd.com.

Tarantino then sued Gawker on the theory that the company facilitated copyright infringement by telling people where to find the script. “Gawker Media has made a business of predatory journalism, violating people’s rights to make a buck,” he alleged in his complaint. “This time they went too far. Rather than merely publishing a news story reporting that plaintiff’s screenplay may have been circulating in Hollywood without his permission, Gawker Media crossed the journalistic line by promoting itself to the public as the first source to read the entire screenplay illegally.”

But Walter said that Tarantino “merely speculates that some direct infringement must have taken place.”

The judge also indicated in a footnote that even if Tarantino could show that some people downloaded the script as a result of Gawker's post, that still wouldn't be enough to hold the company liable for contributing to infringement. “Simply viewing a copy of allegedly infringing work on one’s own computer does not constitute the direct infringement necessary to support plaintiff’s contributory infringement claim,” he wrote