With Today's TCA Nominations, The Television Awards Season Has Begun 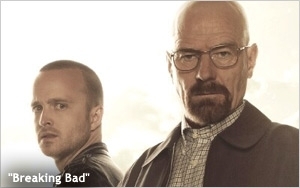 Awards season, as it is officially known, begins with the Golden Globe Awards in January and ends with the Academy Awards in late February or early March. In between come the People’s Choice Awards, the SAG Awards, the BAFTAs, the Independent Spirit Awards and a host of others.

While television is represented in some of those, it has a separate and distinct awards season to call its own. This period begins in June with the Critics Choice Television Awards (to be televised for the first time on a broadcast network June 19 on The CW), continues in July with the Emmy Award nominations (an event in and of itself) and the presentation of the annual Television Critics Association Awards (this year marking their 30th anniversary) and generally concludes in September with the Emmys themselves.

The Emmys, typically a Sunday night show, this year will be bumped by NBC to a Monday in August to avoid any and all possible conflicts with the Peacock’s football programming. The Emmys have not been presented on a Monday since 1976, but that was in May during the final weeks of the season and the May sweeps, back when broadcast was the only game around.

I’m not sure what to say about the night of the year generally referred to as broadcast’s most exciting being shunted off to a week generally said to include summer’s most dogged days. Ratings should hit an all-time low. It’s difficult to believe that live +7 numbers will mean much here, because why would anyone record an awards show and watch it later in the first place, and why would they do so during a week when they are either enjoying a final summer vacation, starting school or just sitting around sweating and moping because summer is pretty much over?

The Emmys’ loss may be the other guys’ gain. The Critics Choice Television Awards, presented by the Broadcast Television Journalists Association, are at least scheduled only a few weeks after the end of the “traditional” season, when the nominated shows and performances are still fresh, and before the full distractions of summer have begun. The TCA Awards aren’t as distant, either.

Unlike the Critics Choice Television Awards, the TCA Awards are not televised, but they are held at the Beverly Hilton Hotel during the organization’s much-publicized summer press tour -- a two-week period when more than 200 critics, reporters and bloggers are busily pumping out fresh content around the clock and all of their readers are paying a bit more attention than usual. So the publicity surrounding this event, while very different than that which follows the Emmys and the Critics Choice Television Awards, is nevertheless very effective. And I know for a fact that it means a lot within the television community. (Full disclosure: I am a member of both the BTJA and the TCA.)

The Critics Choice Awards are up first, but the nominations for the 2014 TCA Awards today were the first out of the gate. As usual, they are an interesting if somewhat predictable mix.

And the nominees are:

Outstanding Achievement in News and Information

“Orange Is the New Black” (Netflix)

Program of the Year

“Orange Is the New Black” (Netflix)

This year's nominees for the 2014 Critics Choice Television Awards will be announced tomorrow.